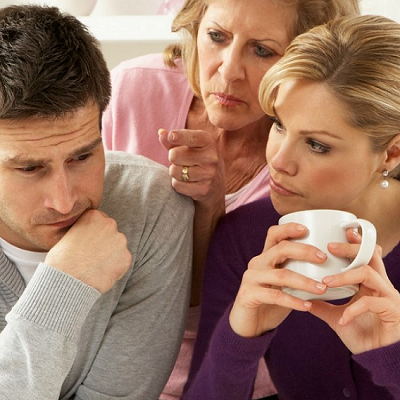 [Blind Gossip] Let’s talk about these two celebrities and their relationship!

She is a model who comes from a famous family.

Her mother really pushed hard for all of her children to become famous. One thing she was especially insistent about was that they should all date famous people.

She liked the idea that her children’s fame and fortune could be doubled if they dated someone famous.

And she loved the idea of them all doing a reality show together!

She pushed one of her children into a relationship with a pop star. He was a rather troubled soul, but Mom wasn’t terribly concerned about that. Mom had her eyes on the prize.

The couple drifted in and out of the relationship over several years. We don’t even know how many times they got together and broke up.

They had the baby… but that really didn’t improve the relationship.

The couple started fighting again. Mom tried to jump in the middle. That only made things worse.

She lectures him on his music career? Now that’s funny! Mom is no musician.

She lectures both of them on how they should raise the baby. [Mom] thinks she is a second mother to their baby. She even wanted to move in with the two of them and help raise the baby. They fought a lot about it. He’s had it with [Mom]. [Daughter] feels like she is caught in the middle.

Perhaps Daughter welcomed the help, but Pop Star did not. To him, Mom was a very unwanted third wheel.

And now Meddling Mom may have permanently destroyed their relationship!

They have separated but [Mom] is still interfering so she’s still a problem.

Just a quick word about that. The couple was never married. So “separated” actually means that they are taking some time apart.

[Optional] Should Mom be meddling? Your advice to anybody in this story?

Previous Post: « Huma Abedin And The Male US Senator
Next Post: New Man Is Just As Slimy »