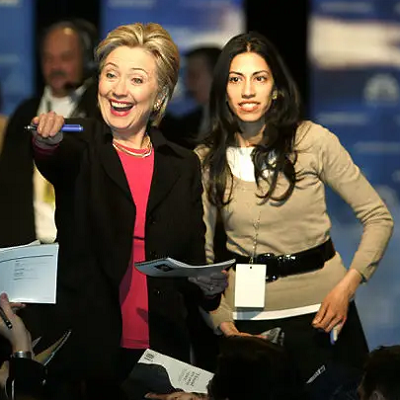 You may also recall that Abedin is the ex of disgraced former Congressman and New York Mayoral Candidate Anthony Weiner.

In her forthcoming memoir, Huma Abedin makes a shocking claim.

She claims that she was s*xually assaulted by a United States Senator!

Abedin details her alleged assault while describing her work for Clinton when the former first lady and future secretary of state and presidential candidate was a US senator from New York, between 2001 and 2009.

The passage comes shortly after a description of how Abedin and the Clintons came to attend Donald Trump’s wedding to his third wife, Melania Knauss, in Palm Beach, Florida, in January 2005.

Of that occasion, Abedin, who was born in Michigan but grew up in Saudi Arabia, writes: “I felt I was at an Arab wedding back home.”

The Trumps did have an extravagant wedding.

Anna Wintour even put Melania on the cover of Vogue. 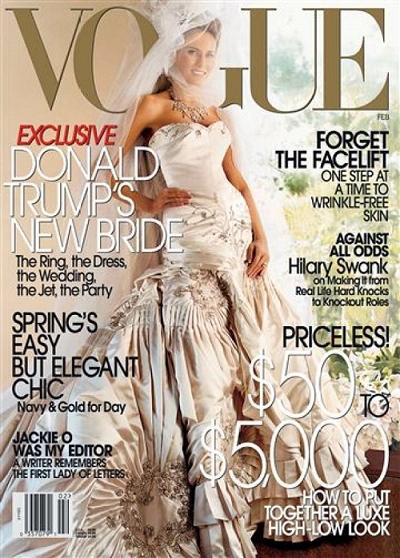 Billy Joel and Elton John performed at the Trump wedding. Billy Joel even penned a song for the occasion titled That’s Why The Donald Is A Trump.

Here is a photo from that day of Donald Trump and Melania with Bill and Hillary Clinton. 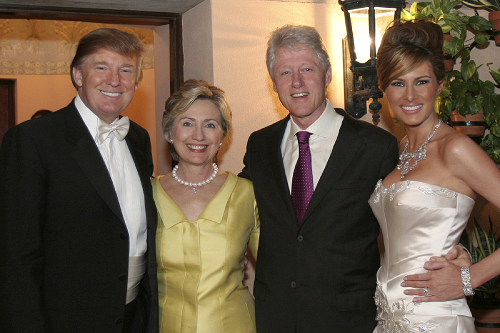 They all look great, don’t they?

Anyway, it was a huge and memorable social event and that may be why Huma Abedin talks about it in relationship to the assault.

Abedin first came to Washington DC as a student at George Washington University. She began working as an intern in the Clinton White House when she was approximately 20. By the time of the Trump wedding, Abedin had been a Washington insider for about ten years. That would make Abedin approximately 29 or 30 years old when the assault occured.

Some time after the Trump wedding, Huma Abedin was back in Washington DC. She went out to dinner with some Senators and their aides. Hillary Clinton was not there.

“I ended up walking out with one of the senators, and soon we stopped in front of his building and he invited me in for coffee. Once inside, he told me to make myself comfortable on the couch.”

She says the senator took off his blazer, rolled up his sleeves and made coffee while they continued to talk.

“Then, in an instant, it all changed. He plopped down to my right, put his left arm around my shoulder, and kissed me, pushing his tongue into my mouth, pressing me back on the sofa.

“I was so utterly shocked, I pushed him away. All I wanted was for the last 10 seconds to be erased.”

Did he stop after she pushed him away?

Abedin writes that the senator seemed surprised but apologized and said he had “misread” her “all this time”. As she considered how to leave “without this ending badly”, she writes, the senator asked if she wanted to stay.

It is unclear if he was asking her to stay for coffee or if he asked her to spend the night.

“Then I said something only the twentysomething version of me would have come up with – ‘I am so sorry’ – and walked out, trying to appear as nonchalant as possible.”

Abedin writes that she kept away from the senator “for a few days” but then ran into him on Capitol Hill, nodding when he asked if they were still friends. Clinton then joined them, Abedin writes, “as if she knew I needed rescuing even though I’d told her nothing about that night”.

Abedin writes that she stayed friendly with the senator and soon “buried the incident”, which she wanted to forget, succeeding in erasing it from her mind “entirely”.

Huma Abedin went on to marry Anthony Weiner at the urging of the Clintons (see The Business Arrangement for details).

Years passed without her thinking about that event with The Senator.

When did she suddenly recall the event?

During the Bret Kavanaugh hearings! 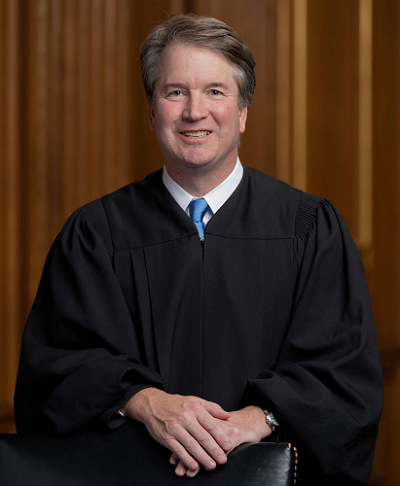 In 2018, President Donald Trump nominated Bret Kavanaugh to the Supreme Court. During the Senate confirmation hearings, a woman named Christine Blasey Ford testified that Kavanaugh had s*xually assaulted her at a party several decades ago. 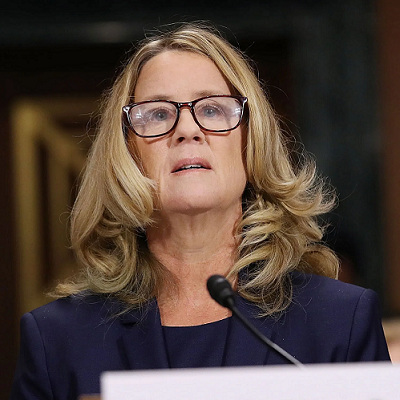 Kavanaugh denied the allegation. He was eventually confirmed to the Supreme Court.

However, the Kavanaugh hearings had a profound affect on Huma Abedin.

Abedin’s memory of her experience on the unnamed senator’s couch, she writes, was triggered when she read about Christine Blasey Ford “being accused of ‘conveniently’ remembering” her alleged assault.

Huma Abedin will not disclose the name or the political party of the Senator who assaulted her.

It is interesting that Abedin anchors both sides of her story about her own assault with stories of two famous Republicans who faced similar accusations.

It is also interesting that the two most important men in her life are two famous Democrats who have also had serious issues with women.

President Bill Clinton has a history of inappropriate relationships with women. 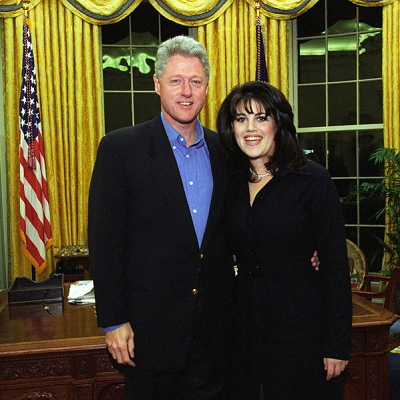 And Huma Abedin’s husband, Anthony Weiner, thought it was a good idea to send inappropriate photos of himself to 15-year-old girls. 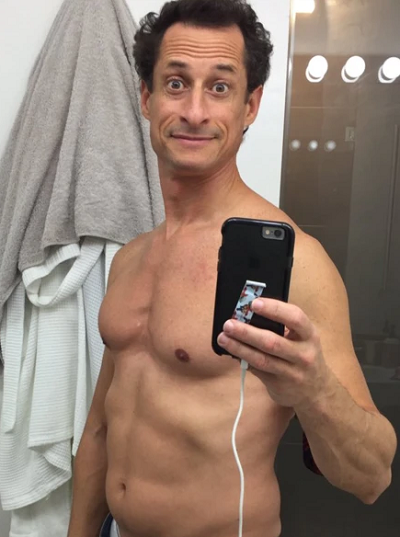 Abedin and Weiner have not yet divorced.

[Optional]  Who is the worst person in this story? Always use real names and keep your comments civil.