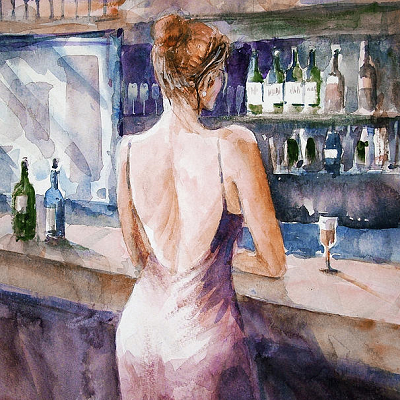 [Blind Gossip] This actress first became famous many years ago when she costarred with – and then married – a male movie star.

They eventually divorced and each went on to marry other people.

Our Actress now lives with her second husband and their children in both the U.S. and a foreign country. He is a celebrity, too, and their life seems like a happy one.

However, we have an interesting story to tell you about something that happened barely two years ago.

Our Actress had traveled solo to Los Angeles, ostensibly for business reasons.

She and a companion made a late night visit to a bar in downtown LA, not far from California Plaza. Her companion was described to us as tall, dark-haired and very attractive.

It was late on a weeknight, so the bar was not particularly crowded.

They sat in a corner of the bar where they could have some privacy.

They were clearly on a date.  They were flirting, kissing, and caressing each other. It was obvious that they were way more than friends.

No one bothered them and they left together after about an hour.

As far as we know, Actress and her husband have been together continuously for more than a decade, so this romantic date with a tall, dark, handsome stranger comes as a bit of a surprise.

Her date was a woman.

Similar: Why This Superstar Is Hopping Mad

[Optional] Does this come as a surprise to you? Do you think she was cheating on her husband… or that they have some sort of agreement?

Have a tip for BG?  Contact us! Always confidential.