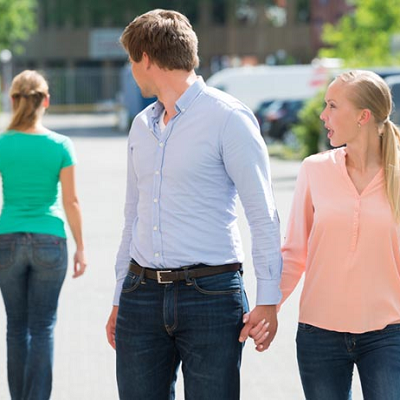 [Blind Gossip] We first started talking about this celebrity couple ten years ago.

Why? Because their relationship was just so darn messy from the beginning!

However, she was on TV, he was a professional athlete, and the two of them were just so superficially attractive and charming and egotistical and publicity-seeking that they just couldn’t stay apart.

Not that it was a good relationship.

However, at a point when Wife thought that their marriage was fine, she found messages from Texting Woman that confirmed he was cheating on her yet again.

Wife finally asked for a divorce.

That should have been the end of it… but we know something else that The Wife doesn’t know!

Texting Woman wasn’t the only person that Husband was making moves on.

The woman that Husband is dating now?

Husband was throwing passes at her – and she was catching them – around the same time that he was also involved with Texting Woman.

The divorce has been dragging a bit. Given this long history of cheating and lying, we hope that Wife is really ready to move on!

[Optional] Will they divorce?