[Blind Gossip] People break up and get back together all the time. Sometimes it works out, sometimes it doesn’t.

Then there’s the case of these two good-looking people. They have both been on TV regularly, but in two very different roles.

They were together. Then then broke up. Now they’re together again.

Did they work things out? Is it true love after all? Nope.

Then why did they get back together?

And, with all his other troubles, the thought of being a husband and a father is more than he can bear right now. But he’ll play along until he figures a way out of this.

No wonder he’s been such a jerk lately. Then again, scratch that “lately” part. He’s a jerk all the time.

Then again, she has a reputation for being a b*tch, so maybe they are perfect for each other! Kristin Cavallari is from the reality shows Laguna Beach and The Hills. 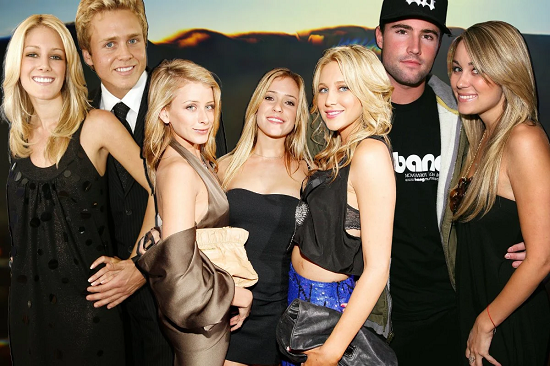 When she returned to The Hills for Season 5, the show’s tag line proclaimed “The Bitch is Back!” (“she has a reputation for being a b*tch”)

Jay Cutler is the quarterback of the Chicago Bears (“more than he can bear right now”).

He broke his thumb in late November (the thumbs up photo), which put him out for the rest of the season. And he’s not a very nice person.

Here’s a confirmation article from Us Weekly Magazine:

On-again fiances Kristin Cavallari and her NFL player beau Jay Cutler were busy planning their wedding, and now, a source tells Us Weekly, they’re prepping for a new family milestone: a baby!

“She is really happy. She is in the early stages, but she can’t wait to be a mom,” the source tells Us. “They have just bought a house in Tennessee and can’t wait to start their family.”

That July, the couple called off their engagement of just three months and sent back their wedding gifts. But after showing up to support each other at their respective gigs (Cavallari was competing on Dancing with the Stars at the time and Cutler was starting the 2011-2012 NFL season), the Laguna Beach alum and the Chicago Bears quarterback mended their issues and announced that their nuptials were back on in November.

Here is Cavallari on Dancing With The Stars: 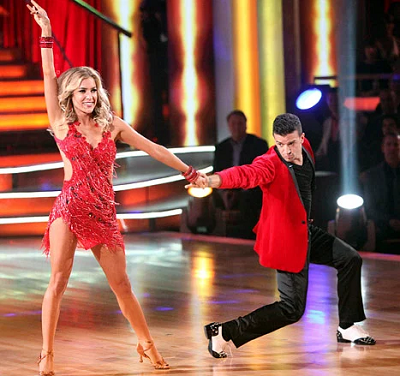 “The past year has been interesting,” Cavallari, 24, told Us at an Alice + Olivia event in December. “There have been a lot of ups and downs, but overall it’s been great.”

“We’re just enjoying being engaged,” she added. “We were definitely planning the first time, but I can’t plan the same wedding. I need to do something entirely different.”

Spanx101 was first with the correct answer!

KitKat73, Amandajo, and AwesomeSF did a good job dissecting the clues.

All of you won by being the first to hear of Kristin’s pregnancy from your friends at Blind Gossip – a full six weeks before the official announcement.