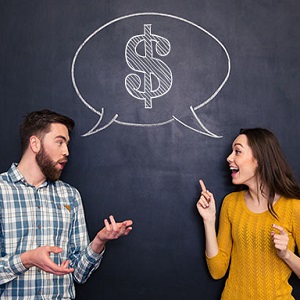 [Blind Gossip] When the revival of this ensemble TV series was announced, you would think that everyone would be happy!

One of the cast members – who could really use the money – had to deal with an annoyed spouse.

He is glad that she is working but he is also mad because he thought she should have held out for more episodes and more money per episode.

We do not know if the spouse is currently working.

[Optional] Are you excited to see the series? 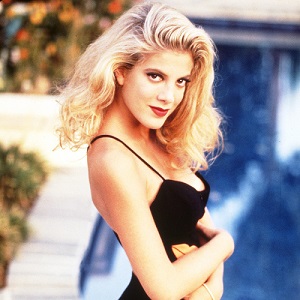 With the reboot of Beverly Hills 90210 given the green light, Tori Spelling has a job again… but she is definitely not raking in the kinds of dollars she thought she would!

While the cast of “Beverly Hills, 90210” mourns the loss of Luke Perry, financially challenged Tori Spelling is griping about her salary on the reboot!

“She’s pissed about what she’s getting paid,” an insider revealed. “She thought she’d be raking it in like they did in the ’90s. She’s getting a fraction of that.” 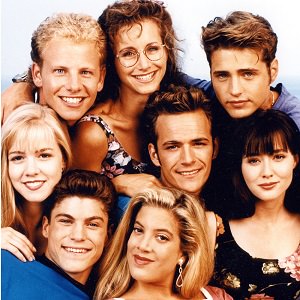 Sources report that after taxes, her salary won’t put a dent in her massive mountain of debt.

As RadarOnline.com has reported, the 45-year-old train wreck was ordered to pay more than $88,000 to American Express for an unpaid credit card bill, and the IRS is closing in on her and husband, Dean McDermott, for two federal tax liens of $707,487 and $184,390.

“Tori can’t command a big salary anymore,” according to a source. “She’s only done reality TV in recent years, she’s older and her reputation isn’t the best.”

Sources also pointed out the original version of the show was executive produced by her father, Aaron Spelling, who died in 2006.

“Tori and the rest of the cast have diluted their value over the years,” the source said. “She’s lucky she even got the job!”

It’s a little difficult to feel sorry for Tori Spelling and Dean McDermott.

She comes from one of the richest families in the world and starred in a popular TV series for years. He has starred in multiple TV series and has more than one hundred total acting credits to his name. Yet, they both continuously live beyond their means. 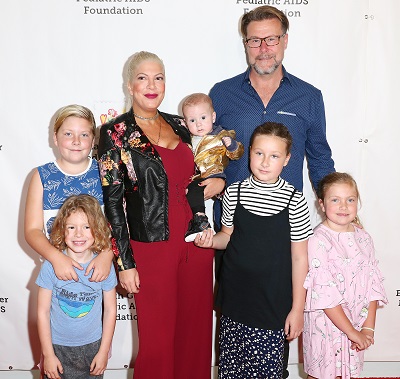