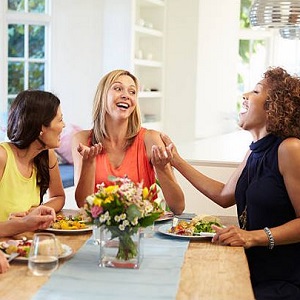 [Blind Gossip] It was time to replace a member of a panel talk show. Of course the replacement comes with a big dose of controversy!

The producers loved this one woman who has been in the entertainment industry a long time. She is pretty, well-spoken, upbeat, and has done a talk show gig before. Sounds like a great fit, right?

Not according to the rest of the cast! What’s more, they are lying about the real reason they don’t want her.

They are saying that the panel is mad because they wanted someone younger. Ha. That’s not it. Do you think if Oprah came along and joined the show that they would complain that she was too old? No. The real issue they are pissed off is that they wanted someone super liberal. [The Newbie] is super traditional and conservative. That is the REAL reason they don’t want her!

[Optional] What are the best/worst panel talk shows on the air right now?