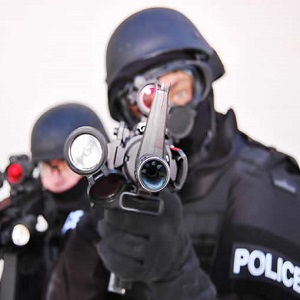 [Blind Gossip] You know that recent event that occurred at a TV celebrity’s house?

The public reports about what happened were not true. According to a neighbor, here’s what actually happened!

The news said that it took hours and hours because [The Celebrity’s Friend] slept through the event. That was a lie. We were evacuated from our homes. We watched the whole thing with some cops on surveillance cameras and drone footage.

[The Friend] was the one who called the cops. He had left a truck idling in the driveway and went into the house to wait for the cops. He was awake the whole time, standing in the hallway, leaning against a wall. The cops were negotiating for him to come out. They didn’t want him to hurt himself. He was upset over a custody fight he was having with his wife. He was really unstable. We were all relieved when they finally got him out of there in handcuffs.

The interesting thing is that [Celebrity] knew what was going on the whole time, but he lied about it to the media! He pretended that some third party had called the cops and it was all a big fake event.

The Celebrity may have lied and played it off like a joke, but he is definitely unhappy that this went down at his house. The Friend is NOT allowed to stay there anymore.

[Optional] Why did The Celebrity lie?