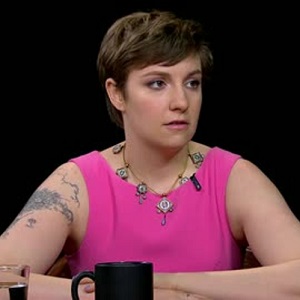 [Blind Gossip] During the height of the #MeToo movement, an actress named Aurora Perrineau came forward and stated that she had been attacked at the age of 17 by a male writer who was twenty years older her senior.

That man, Murray Miller, is a close friend of actress Lena Dunham, and was a writer and Executive Producer on the Dunham’s TV show Girls.

Lena Dunham – who prides herself on being an ardent feminist – immediately denounced the woman’s statement as a lie.

While our first instinct is to listen to every woman’s story, our insider knowledge of Murray’s situation makes us confident that sadly this accusation is one of the 3 percent of assault cases that are misreported every year.

One year later, Lena Dunham is now apologizing to actress Aurora Perrineau. She is also relaying her own experiences with several men.

…When someone I knew, someone I had loved as a brother, was accused, I did something inexcusable: I publicly spoke up in his defense. There are few acts I could ever regret more in this life. I didn’t have the “insider information” I claimed but rather blind faith in a story that kept slipping and changing and revealed itself to mean nothing at all. I wanted to feel my workplace and my world were safe, untouched by the outside world (a privilege in and of itself, the privilege of ignoring what hasn’t hurt you) and I claimed that safety at cost to someone else, someone very special.

People often come up to me and say, “You’re so open and vulnerable. You have no shame.” But I have spent the past decade hiding — my own pain, but also men’s mistakes. I didn’t want to tell anyone about the 70-year-old Hollywood luminary who was so angry that I rebuffed his kiss that he made me do 30 takes of the word “hello,” or about the Oscar nominee who drove me to the place he lost his virginity while I asked again and again when I could be dropped home.

I didn’t want people to know which male writers and stars had raged at me. And I thought that was my job, to absorb their misery and smile like I wanted more. I gave up on the idea that I could protect myself because, as my best friend Scotty says, “When the particular brand of validation you’ve received is abuse, you’ll take it and like it and thank them for it a thousand times.”