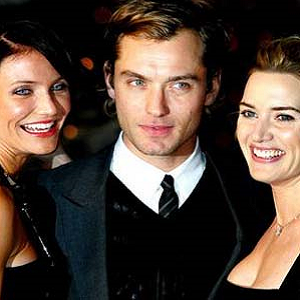 [Blind Gossip] This couple, consisting of one celebrity and one non-celebrity, are getting a divorce.

That has already been reported, so it should be easier to identify the couple.

Here is something you won’t see reported. Anywhere.

We know one of the key reasons for the divorce!

After they had been married a few years, Husband decided that he was bored and wanted to spice things up a little.

He begged Wife to allow a one-time addition to the bedroom: another woman!

It took a while, but he talked her into it.

So… was it really a one-time deal?

Once turned into twice, then three times, and so on. [Wife] was not into it and started getting resentful. They fought about it a lot.

That is not surprising.

Then she found out that he was getting together with the other woman even when she wasn’t around.

Long story short, those divorce arguments are going to be very tricky.

If Wife tries to to get leverage over Husband by introducing “infidelity” or “the affair” into the discussion, there is the risk that it would come out that it was originally the three of them that were sleeping together.

[Optional] What advice would you offer The Wife?