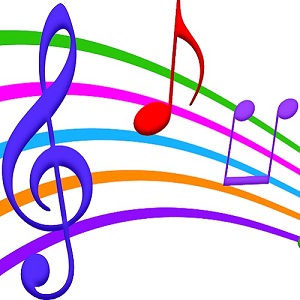 Lots of appearances together. Lots of happy photos on social media. They may have even collaborated on a song or done some performances as a couple.

The music just stopped for them.

They will no longer be finishing each other’s sentences or talking about buying an expensive new house or the importance of family or playing happy couple for the cameras.

Well… they might do it for the cameras. Just know that it’s not real.

Even though they might claim they are living together right now, they are not.

We do not know when the announcement will be made, but we don’t think they can drag it out for six months like Julianne Hough and Brooks Laich did.

This couple’s fans notice every little thing about them and are going to figure out that something is up.

By the way, they will both still have successful individual careers after they split, so don’t worry that one or the other will suffer more in the breakup. They will both be just fine.

We expect that it will be a civil breakup and that they will declare themselves to be “best friends.”

[Optional] Which one of them do you like more?

Country music stars Carly Pearce and Michael Ray are getting a divorce!

Your friends at Blind Gossip were the first to tell you about the demise of their marriage a couple of weeks ago.

Carly Pearce, 30, and her husband, Michael Ray, 32, are calling it quits after marrying less than a year ago.

They were married for eight months. EIGHT MONTHS! That’s less than the length of a hockey season.

“It wasn’t something she wanted to have to do,” an insider said. “This hasn’t been a quarantine realization — it was a last resort.”

That’s an odd statement and nobody knows what it means. 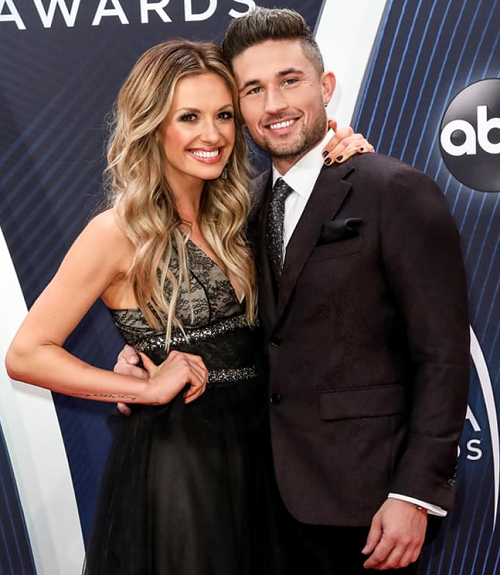 We told you in the original blind item that “Even though they might claim they are living together right now, they are not.” They were not staying together over the past few months, so we knew it wasn’t too much togetherness that tore them apart.

The pair performed together earlier this month at the Grand Ole Opry without a live audience. People reports that fellow country musicians Steve Wariner and Lee Brice sat between the duo on the stage.

Ray and Pearce wed in October of 2019 in Nashville.

At the time, Pearce told People that she was “thankful” to be joined with the person that was “made for” her.

Their engagement in 2018 was particularly sweet. See below.

Ray added that they are always in one another’s “corner.”

“And then one random night at the Nashville Palace changed everything,” Pearce captioned a photo of herself with her arms wrapped around Ray, both wearing smiles.

Here’s the arm wrapping. They look so in love, don’t they? 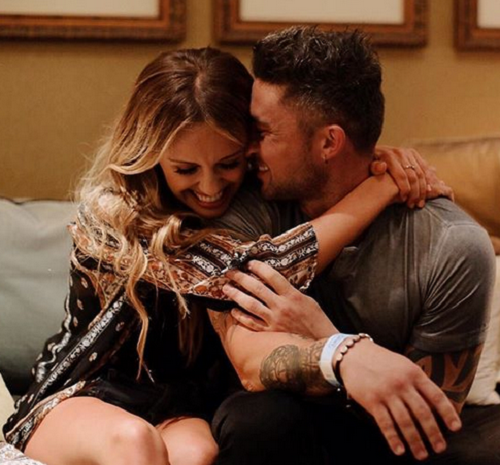 Pearce burst into the country scene just a few years ago when her tune “Every Little Thing” was a surprise hit. Since then, she’s had a handful of hits including “I Hope You’re Happy Now” from her latest self-titled album. The track is a duet with Brice, 41.

Ray’s biggest hits include “Her World or Mine,” “One That Got Away” and “Think a Little Less.”

We mentioned their engagement. Read what he wrote on Instagram. It’s so country. And so sweet! 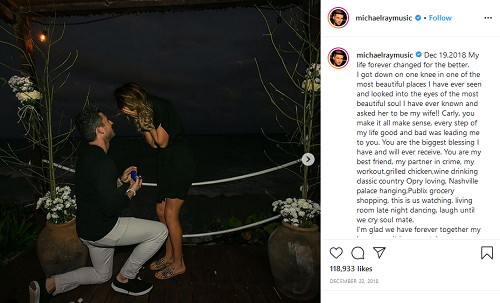 If chicken and a bottle of wine and the Grand Ole Opry and Publix couldn’t keep this crazy couple together… nothing could. 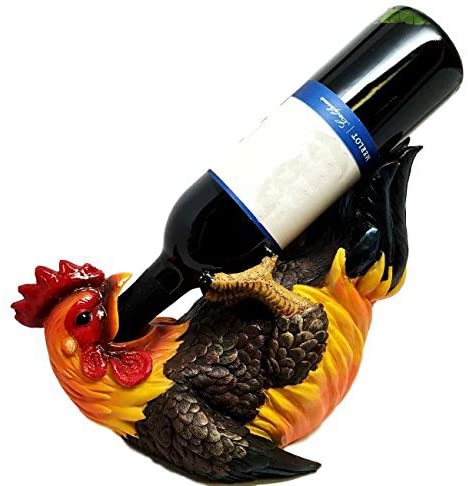 We also used the word “happy” three times in the post. I Hope You’re Happy Now is another of Carly Pearce’s hits.

Finally, “They will no longer be finishing each other’s sentences…” Finish Your Sentences is a song that Carly Pearce and Michael Ray had recorded and were performing together.

We do not know who will get custody of the song in the divorce.

Congratulations to Jenn123 for being first with the correct response!