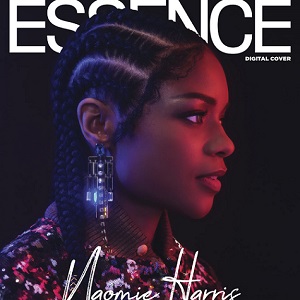 [Essence] Naomie Harris recently opened up about being sexually assaulted by a “huge star” during an audition early in her career.

The ESSENCE digital coverstar revealed that an unnamed actor groped her while they read their lines, choosing to do it in plain sight of the film’s director, who did not intervene. She was in her 20’s when it happened.

“I was in an audition and he put his hand up my skirt,” she told The Guardian “What was so shocking about it was the casting director was there and the director, and of course no one said anything at all because he was — he is — such a huge star.”

Now 43, the Oscar nominated actress says the #MeToo movement has been a game changer and “men know that they absolutely cannot get away with things now that they wouldn’t even have thought about before,” she said.

Catch Harris in the latest digital issue of ESSENCE.

[Optional] Naomie Harris is going to reprise her role of Moneypenny in the upcoming No Time To Die. What is your favorite James Bond movie of all time?