[Blind Gossip] Is anyone strong enough to stand up to the male star of this popular TV show? He is not the Executive Producer, yet they continuously allow him to call the shots over his female costars’ careers!

This big phony will sit next to you and tell the audience how much he genuinely cares about you and is going to miss you… right after he stabs you in the back by convincing producers to fire or demote you!

After years of working on the show, Costar 1 was publicly humiliated and tearfully moved to an “exciting new role”… which meant that she was never seen again and eventually outright fired.

Costar 2 made the mistake of having an affair with him. After a few years, he tired of her, so of course she is the one who has to pack her bags and leave. She got a “promotion” to a new gig very far away… which, of course, is actually a demotion.

Costar 3, with whom he currently works, had better watch her step. She thinks she is sitting in the catbird seat because she is in his good graces right now, but once he tires of her, she can kiss her job goodbye, too.

Similar: He Wants To Choose His Costar

[Optional] Reasonable for him to have so much power over his costars? 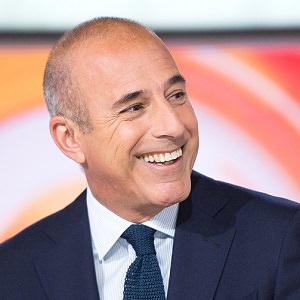 Matt Lauer has been the host of Today on NBC for twenty years and has a contract with them for more than $20 million a year.

The reckoning over sexual harassment in the workplace toppled another leading television personality on Wednesday when NBC fired its leading morning news anchor, Matt Lauer, over an allegation of sexual misconduct.

“On Monday night, we received a detailed complaint from a colleague about inappropriate sexual behavior in the workplace by Matt Lauer,” Andrew Lack, the NBC News president, said in a memo to the staff.

He said the allegation against Mr. Lauer “represented, after serious review, a clear violation of our company’s standards. As a result, we’ve decided to terminate his employment.”

“While it is the first complaint about his behavior in the over 20 years he’s been at NBC News, we were also presented with reason to believe this may not have been an isolated incident,” Mr. Lack said.

Ari Wilkenfeld, a civil rights lawyer with the firm Wilkenfeld, Herendeen & Atkinson in Washington, said he represented the woman who made the complaint to NBC, but declined to publicly identify her. In a statement provided to The New York Times, he said:

“My client and I met with representatives from NBC’s Human Resources and Legal Departments at 6 p.m. on Monday for an interview that lasted several hours. Our impression at this point is that NBC acted quickly, as all companies should, when confronted with credible allegations of sexual misconduct in the workplace.

This is “the first complaint”? Ha!

Matt Lauer has been a pig for years. Much of his nasty behavior has been directed towards the female staff at Today. He could make or break your career depending on whether he liked you, whether you would sleep with him, and whether you would keep your mouth shut over how he treated you.

Whether you were an aspiring female host – or a pretty young intern – Matt Lauer made it clear to you that he could help or hurt your career depending on how much you were willing to submit to him in his position of power.

Let’s talk about the three women in this blind item and their reaction to Matt Lauer’s firing.

Savannah Guthrie, Lauer’s current co-host, made the announcement on Today: 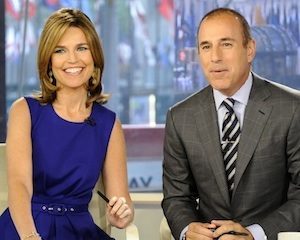 Appearing on the verge of tears, Ms. Guthrie said, “All we can say is we are heartbroken; I’m heartbroken.”

She described Mr. Lauer as “a dear, dear friend,” and said she was “heartbroken for the brave colleague who came forward to tell her story.”

Calling Mr. Lauer’s dismissal part of a national reckoning, she continued, “How do you reconcile your love for someone with the revelation that they have behaved badly?”

Major eye roll. Guthrie knew exactly what was going on. And now she’s sitting pretty in the catbird seat as the lead host of Today. 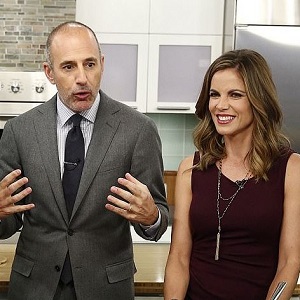 “I woke up to the news like everyone this morning — just in shock. The Today show, of course, has been my family for 16 years now and it is difficult. I think everyone is saying how difficult it is to process the news.”

She continued, “I have personally dealt with rumors in the past for years that were hurtful to me, my family – they diminished my hard work. I’ve addressed those rumors head-on in the past. That is not the story today.

Natalie Morales was rumored to have had an affair with Lauer. There were even rumors that one of her kids was fathered by Lauer.

Natalie Morales was with Lauer at the Sochi Olympics in 2014. She was “promoted” and transferred to NBC’s West Coast bureau when their relationship soured.

Did you notice that Natalie Morales does not express any remorse over Matt Lauer’s firing? There’s a reason for that. Keep your eye on Morales. There’s more coming with her!

Finally, there is Ann Curry, whose firing was orchestrated by Matt Lauer in a hit job known internally at NBC as “Operation Bambi.” 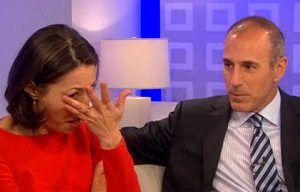 Curry was forced to sit on the sofa with Lauer on her last day and have him pretend to console her while she choked back tears of humiliation.

While Ann Curry has not made any statement yet about Lauer’s firing, we are confident that today is a happy day for Ann Curry.

Congratulations to Boston for being first with the complete correct answer!