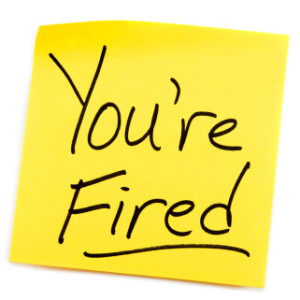 [Blind Gossip] There is a lot going on with this family that is in the news!

The Wife is not an actress, but you have seen her on TV a lot over the past three or four years.

She is so high-profile that even Saturday Night Live has done sketches about her!

She works for a famous political figure… that her husband hates.

Hubby has been extremely unhappy and extremely vocal about her job and mocks her boss every chance he gets.

As you can imagine, this has created a very uncomfortable dynamic at work and at home.

Why would a husband try to sabotage his wife’s career?

She wouldn’t quit so he wanted her to get fired! He thinks he is smarter than she is and could bully her into doing what he wanted.

It was the most high-profile job she’s ever had, though, so she was determined to keep it.

Is Husband this way about other things?

LOL. Oh, yes. He is pretty much an immature ass about everything. He’s a screamer and a bully. He doesn’t care how it impacts her or the kids. He just wants what he wants when he wants it.

Speaking of the kids, how did the division between the couple play out at home?

Her goal was to be civil and to keep the family together until all the kids were off to college but it’s hard to do because they absolutely hate each other at this point. They have separate bedrooms. He mocks her in front of the kids, which is awful. The kids know their parents hate each other and they are miserable.

Is that why their child is acting out?

Yes. [Daughter] hates them both right now, but they created this situation, him by being an ass and a bully and her by trying to smile and grit her teeth and just get through it so the family could stay together.

Now that Wife is leaving her job, will that make everything better?

No. He thinks he’s won, but he hasn’t. He f*cked up her job, their kids, and the marriage. Seriously, this is all on him.

Is the marriage over?

Yes, but she is going to be very careful with the priorities and the timing. She has to take care of the kids first. Then she can deal with the marriage. She won’t do both at the same time.

The ideal timing would be for her to file for divorce would be in the commotion right after the election. Nobody will be paying attention to her.

[Optional] What do you think Wife should do? Please use real names and keep your comments civil.