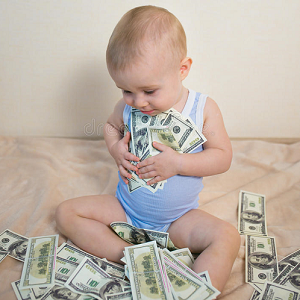 [Blind Gossip] While this actress continues to put herself in the headlines on a regular basis, have you noticed that something has been missing for the past few months?

While she continuously pleads for privacy and talks about safety… it turns out those are not the primary reasons you haven’t seen her and her husband’s child!

She believes that any appearance of the baby has significant value. She has been trying for months to strike a deal for a cover story for $2M+, but nobody has been wiling to pay that.

This is very frustrating for them. It used to be the family disapproval that stopped them from using the baby to make money, but that is not the problem any more. Now it’s the economy.

If she can’t get that deal done, she will find another use for the baby. One thought is a new photo/video to draw millions of followers when they launch their new social media site. Another is to do a staged appearance in conjunction with one of their projects.

Actress and Hubby have been jumping on and off so many bandwagons over the past few months that it’s getting a little hard to keep track of it all.

Their original plans went out the window, so at this point it’s just a series of weirdly random appearances accompanied by a lot of word salad.

Perhaps they are justifying that price by saying it will be donated to charity?

Perhaps to one of their own “charities”?

Hey, they need to start pulling in some money any way they can. Mansions don’t pay for themselves, you know, and neither of them has a real job.

[Optional] What do you think their plan is? Will it work? Please use real names and keep your comments civil.