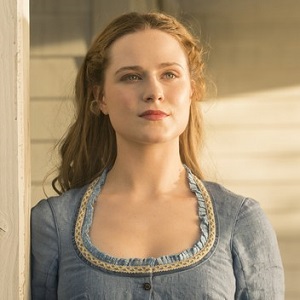 [Blind Gossip] Actress Evan Rachel Wood of Westworld recently displayed a sad photo and shared some disturbing details about a past relationship.

2 years into my abusive relationship I resorted to self harm. When my abuser would threaten or attack me, I cut my wrist as a way to disarm him. It only made the abuse stop temporarily. At that point I was desperate to stop the abuse and I was too terrified to leave. #IAmNotOk 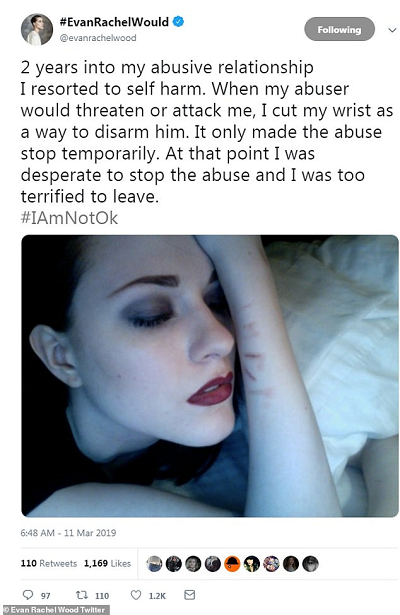 While the perpetrator may have been a non-celebrity, some of male celebrities she has has dated/been engaged to/married include Edward Norton, Jamie Bell, Marilyn Manson, Joseph Gordon-Levitt, Alexander Skarsgard, Shane West, and Zach Villa.

Evan Rachel Wood has one child, a son, with actor Jamie Bell.

We do not know the identity of her abuser.

[Optional] What advice would you give to a friend if they were in a similar situation?

The National Domestic Violence Hotline can help victims and survivors of domestic violence. You can call 1-800-799-7233 or chat with an advocate on their website. 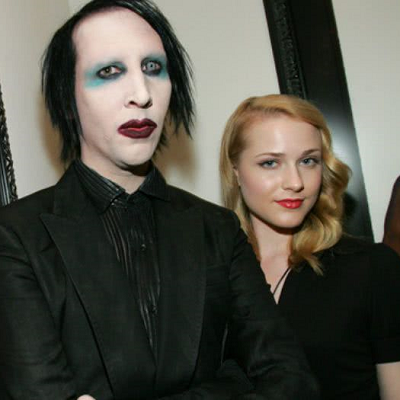 Evan Rachel Wood is ready to reveal the partner who harmed her.

Wood, along with several other women, is now accusing singer Brian Warner a.k.a. Marilyn Manson of years of abuse.

Evan Rachel Wood began dating Marilyn Manson in 2007 when she was 18 and he was 36. They got engaged in 2010 but broke up less than a year later.

He “Horrifically Abused Me for Years”: Evan Rachel Wood and Other Women Make Allegations of Abuse Against Marilyn Manson

In the past, actor and activist Evan Rachel Wood has spoken about the alleged abuse she was subjected to by an unnamed ex. In an Instagram post early Monday morning, she put a name to the allegations.

“The name of my abuser is Brian Warner, also known to the world as Marilyn Manson,” Wood wrote. “He started grooming me when I was a teenager and horrifically abused me for years. I was brainwashed and manipulated into submission. I am done living in fear of retaliation, slander, or blackmail. I am here to expose this dangerous man and call out the many industries that have enabled him, before he ruins any more lives. I stand with the many victims who will no longer be silent.”

In a show of solidarity, at least four other women posted their own allegations against Manson, detailing harrowing experiences that they claim included s*xal assault, psychological abuse, and/or various forms of coercion, violence, and intimidation. Manson has denied similar allegations in the past.

Of course he denies it.

You may recall that Wood testified before a House Judiciary Subcommittee in 2018 as part of an effort to get the Sexual Assault Survivors’ Bill of Rights passed. 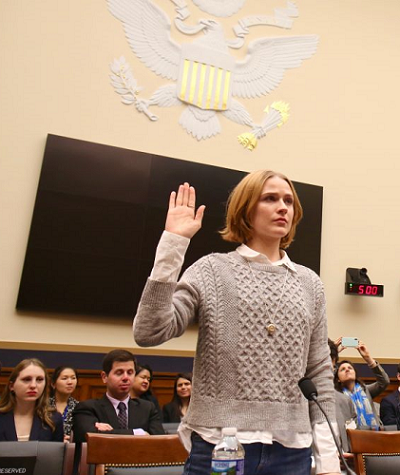 Wood, now 33 and a star of HBO’s Westworld, has said that she met shock-rocker Manson when she was 18 and he was 36.

“My experience with domestic violence was this: Toxic mental, physical and s*xual abuse which started slow but escalated over time, including threats against my life, severe gaslighting and brainwashing, waking up to the man that claimed to love me r*ping what he believed to be my unconscious body,” she told the subcommittee, though she did not name a perpetrator at the time.

So now we know who it is. 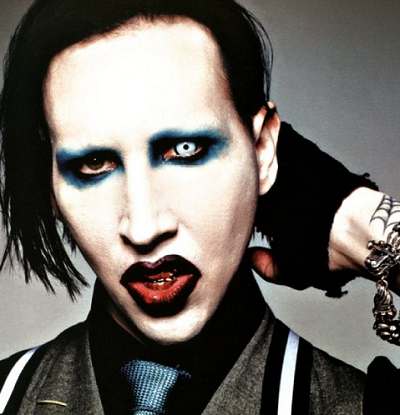 For his part, Manson has said in the past that he had fantasies about Wood.

In 2009, in an article in Spin, Manson was quoted as saying of Wood, “I have fantasies every day about smashing her skull in with a sledgehammer.”

What kind of person expresses their desire to violently harm another person as part of their fantasy? 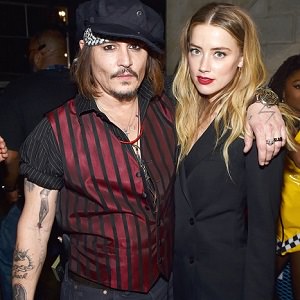 When Johnny Depp was angry at actress Amber Heard in 2013, he texted actor Paul Bettany about a fantasy he had about Amber.

Depp followed that up with even more graphic fantasies.

Let’s drown her before we burn her!!! I will f*ck her burnt corpse afterwards to make sure she’s dead.

Depp said that those texts were a joke he made because he was angry that Heard was trying to curb his alcohol and drug use.

An attorney questioned Depp about those texts as part of the Depp/Heard divorce proceeding.

Attorney: She didn’t like you when you were constantly high on drugs and alcohol did she?

Depp: She didn’t like me using alcohol and drugs because she had some delusional idea that they turned me into… this said monster.

Coincidentally, Johnny Depp and Marilyn Manson have been close friends for many years. 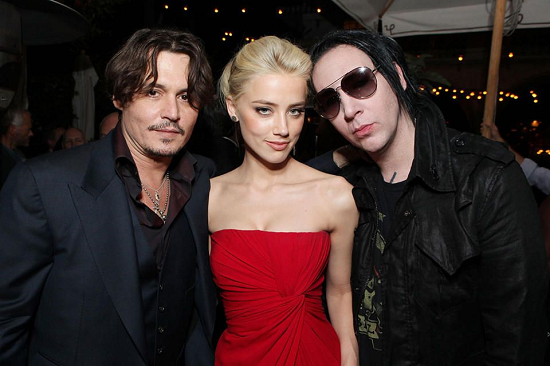 Johnny Depp plays in a band called The Hollywood Vampires and Manson regularly joins him onstage to sing. 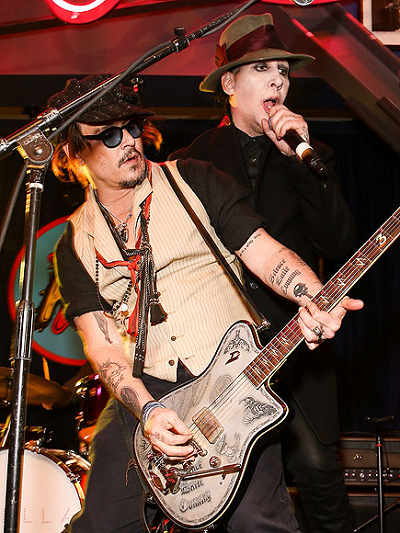 Then there’s Armie Hammer, the abusive cannibal who left his girlfriends bruised and told them about his own fantasies.

He said to me he wants to break my rib and barbecue and eat it. 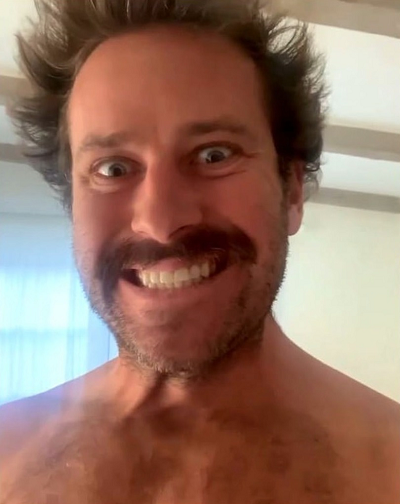 We’ll let you decide what kind of person discusses breaking off his girlfriend’s bones, barbecuing, and eating them.

Coincidentally, Armie Hammer costarred with Depp in the 2013 movie The Lone Ranger. 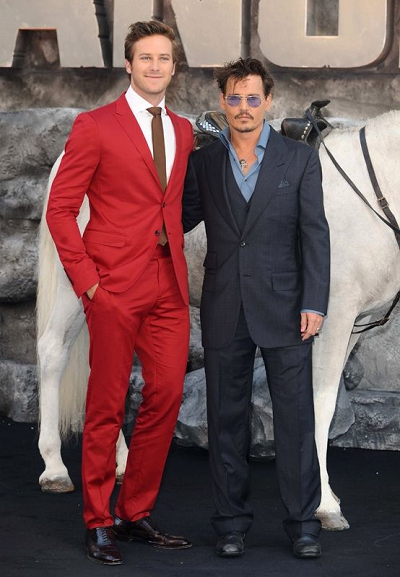 Anyway, back to Marilyn Manson and his sledgehammer comment.

Last year, when that comment was brought up by a music journalist, a representative for Manson noted that the comment was “obviously a theatrical rock star interview promoting a new record, and not a factual account.”

We’ll let you decide what kind of person discusses smashing in his girlfriend’s skull with a sledgehammer.

Augustmom was first with the correct response.

We wish Evan Rachel Wood – and all of the other women – well in their recovery!