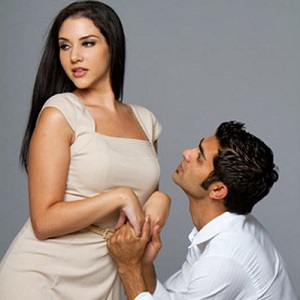 [Blind Gossip] While reality TV shows are supposed to be entertaining and full of drama, sometimes the drama can get downright uncomfortable.

During the taping of a reunion show for a well-known ensemble reality show, there was one emotional outburst that the audience found especially disturbing.

Her husband was crying. I mean really genuine full on sobbing. He was begging her not to leave him. It was hard to watch. We felt really bad for him.

What makes this disturbing is that the wife didn’t walk away from the husband because he beat her or cheated on her. She left him because he is ill and she doesn’t want to deal with him any more.

We do not know if this part of the taping made the cut for the show.

[Optional] Should she stay with him or go?