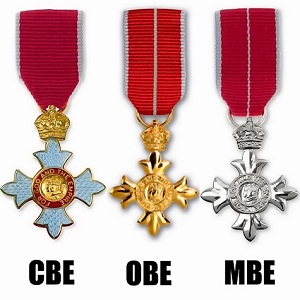 [Pop Bitch] Which of the national treasures featured on the New Year’s Honours list has a stack of women’s shoes that he’s collected from his conquests over the years?

They weren’t really given as a memento exactly.

More because the women rarely wanted them back after he’d… ahem… finished with them.

BG Note: The New Year’s Honours List recognizes the achievements and service of extraordinary people across the United Kingdom.

The Most Excellent Order of the British Empire is a British order of chivalry, rewarding contributions to the arts and sciences, work with charitable and welfare organisations, and public service outside the civil service.

It was established on 4 June 1917 by King George V and comprises five classes across both civil and military divisions, the most senior two of which make the recipient either a knight if male or dame if female. There is also the related British Empire Medal, whose recipients are affiliated with, but not members of, the order.

Similar: No Knight In Shining Armor

[Optional] If you received the top award, would you insist that people call you by your title (Sir or Dame)?