[Blind Gossip] While she has sold tens of millions of records, this sassy singer hasn’t had quite the same level of success when it comes to her relationships with men.

Take her actor fiance, for example. She hoped he would be her knight in shining armor – the man who would rescue her from eternal singledom – until she found out that he was cheating on her. A lot.

This seems to be part of a pattern.

She once told me that of the last six celebrities she had dated, five of them had cheated on her with another woman. She said that the only thing that kept her going was the fact that the sixth chap did not. I didn’t have the heart to tell her that he was gay!

She is foreign-born and has dated many, many famous men over the years.

Other Celebrities She Has Dated:

[Optional] Why do you think almost all of her men cheat on her? 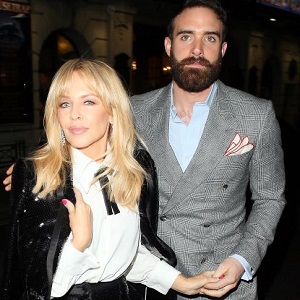 Other Celebrities She Has Dated: See The Long List Below

Kylie Minogue is an Australian singer.

And a prolific dater.

Interestingly, Sasse became engaged to the woman with whom he cheated on Minogue. Her name is Harriet Colling. However, lest you think this little fairy tale had a happy ending, allow us to clue you in!

Sasse was a jerk to Colling, too… so she turned around and dumped him a few days before their wedding this month! Ouch.

According to Pop Bitch:

February really isn’t Joshua Sasse’s month, is it? Last year, he got dumped by Kylie Minogue – who broke off their engagement after allegations that he’d been cheating on her.

This February, he was jilted by his follow-up fiancé, Harriet Colling – who dumped him just days before their wedding.

Colling’s family are reported to be delighted with this development, though no-one’s reported why.

Probably because they don’t have enough asterisks to do justice to the blazing row that the pair had on Christmas Day at her parents’ house (the one where Joshua snapped in front of everyone and called her “a fucking selfish bitch”). 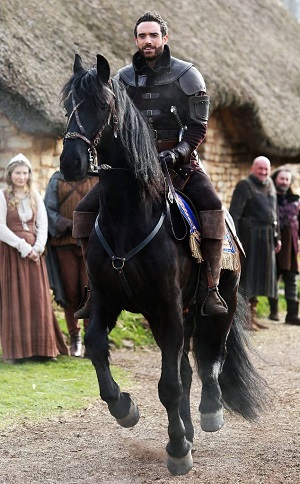 Wow. That Joshua Sasse is a real prince, isn’t he?

In the year since her break up with Joshua Sasse, Kylie Minogue has been rumored to be dating Chris Martin, Prince Andrew, and Olivier Martinez (again). What?!

Did you catch the two big clues we gave you? “Sassy” (Joshua Sasse), and the picture of the knight in shining armor (Joshua Sasse starred as Prince Galavant in Galavant).

Congratulations to Beautysleep for being first with the correct response! Kudos to Theomg for catching both clues… and to you, if you caught them, too!