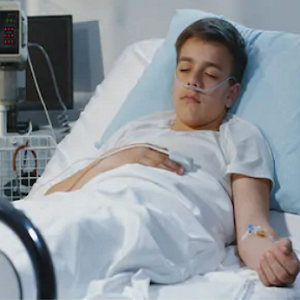 [Blind Gossip] There are very few stories we hear about celebrities that actually surprise us.

There is a famous male singer who has obviously been going through a lot in the past few years.

He grew up in the spotlight, so some degree of dysfunction is not totally shocking.

However, he seems unbalanced and unhealthy, appears to be suffering from multiple physical and mental ailments, and his physical appearance has changed.

He says it is because he has some sort of “autoimmune disease.”

Doesn’t it seem like every other young model or singer nowadays claims to have Lyme disease or some other such mysterious ailment? That’s the ailment on which they blame events like long stays in “wellness centers”… or various surgeries… or a change in their appearance.

Now let’s talk about a medical treatment that he hasn’t talked about publicly.

We just found out that Singer has been making regular visits… to a Botox clinic!

Singer isn’t even thirty years old. He definitely doesn’t have wrinkles. And we don’t recall him complaining of migraines or some other ailment for which Botox might serve as treatment.

So his facial changes that were changed by his “automimmune disorder”?  Ha. It was more likely the Botox!

Remember when Yolanda Hadid’s Lyme disease mysteriously got better after she removed her breast implants and stopped getting Botox?

People with autoimmune disorders usually try to take the toxins out of their bodies.

So we’re finding it hard to reconcile Singer’s “autoimmune” claims with his use of Botox. Oh, and his recent trips to the tattoo parlor, too.

Is he lying about the “autoimmune disorder”?

[Optional] What do you think is really wrong with him?

Previous Post: « Mom And Dad Are Worried Sick
Next Post: NeNe Does Not Want Her Secret To Leak »