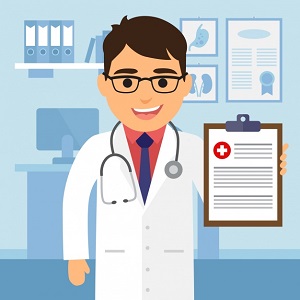 [Blind Gossip] When a major celebrity professes to being ill, of course you want them to get professional help.

However, just because they can afford the best professional help doesn’t mean that they are always smart about their choices!

Take this pop star. He behaved in such a brash and crazy manner for so many years that it was difficult to watch him become noticeably ill.

Now he is like the walking wounded, alternating days where he appears normal to days where he looks and acts like a fragile hospital patient.

It has all been very odd, right?

He claims to be getting better thanks to the support of his wife and his doctor.

However… there is something you need to know about his doctor that may explain the Pop Star’s behavior.

He calls himself Doctor but he is not an M.D. or a D.O. He got his “doctorate” from one of those self-study online degree places.

[“Doctor”] really wants a career in the entertainment business. He even shot a pilot for a reality show. He has been trying to land a celebrity client for a while who will participate in his “alternative” therapies. Having [Pop Star] as his client is very exciting to him because he thinks that this is the big fish that will help him promote his business and hopefully get his own show.

Yes, this online degree “Doctor” is the professional upon whom our Pop Star is relying on to get physically and mentally well.

We do not know if the adults around our Pop Singer approve of his choice of medical treatments.

[Optional] What should the people around him do about this?