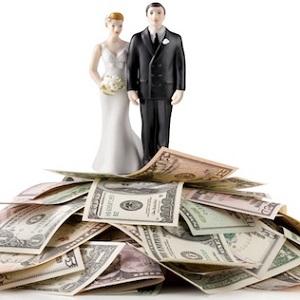 [Blind Gossip] We didn’t know if this marriage was real or fake.

They never got a marriage license nor was the ceremony performed by any legitimate official. These two attention-seekers just wanted the publicity that come with a wedding.

They do insist that the relationship is real even though the marriage is not.

However, we would not count on that entertainment relationship lasting too long!

People are asking them for their money back for the wedding.  She is blaming him for not getting legal locked down so that they could keep all the revenue. He is not happy with the expenses and the revenue split. They are now fighting over every dollar.

It would be interesting if their wedding turned into a series of lawsuits. The fans could sue them and they could sue each other.

Now THAT would be entertaining!

[Optional] What do you think of them? Entertaining, talented, annoying, or something else? 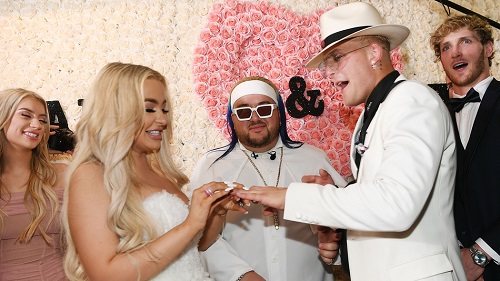 You Tube stars Jake Paul and Tana Mongeau have broken up.

Some media outlets are reporting that the couple has “separated” or “are ending their marriage” or are “getting divorced”, but none of those descriptions are accurate.

This is just a simple break up.

As your friends from Blind Gossip told you months ago, this couple was not actually married. They had a wedding, but they were never legally married (see Exactly The Same Person for details).

Jake Paul and Tana Mongeau are just two thirsty attention seekers who thought they could make more money together than they could separately. So they faked a wedding and a marriage. 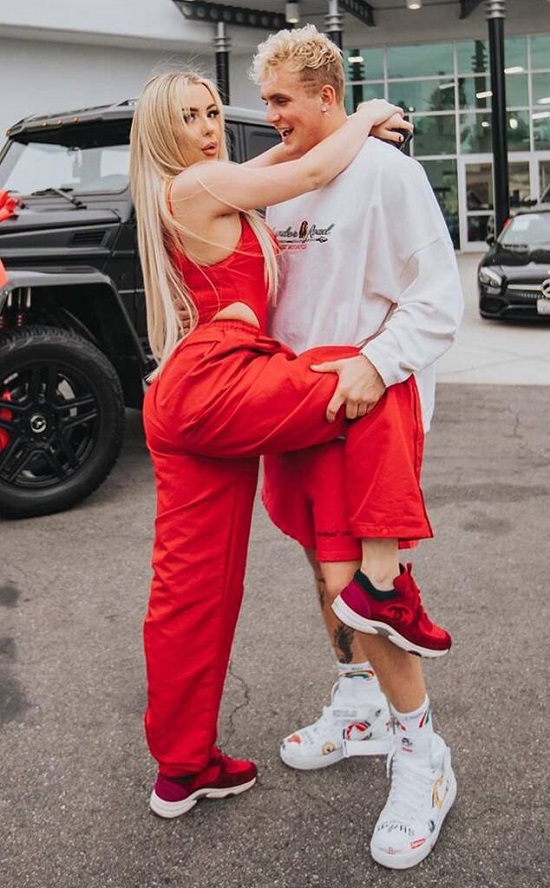 Both YouTube personalities penned separate captions while sitting side-by-side — a detail they mention repeatedly to emphasize their amicability.

Paul’s message reiterated “how silly this all seems,” but wished his ex the best as they go their separate ways. “I wouldn’t change anything that happened.. we’re best friends and right now it’s best for us to focus on our lives & see what the future holds,” he wrote on Instagram. “(p.s our friends started playing sad music while we were writing these captions and we all started laughing our asses off.. this is bitter sweet but it’s what’s best for us right now).”

As the two take a second to focus on themselves, Paul detailed how he gets to keep custody of their dog Thor and that Mongeau “unfortunately gets my Lamborghini,” he lightheartedly wrote with a laughing emoji. Although her post joked about her newly gained treasures this year (“here’s to 2020, working on us, and my new Lamborghini since i get half of everything!”), the 21-year-old star echoed his sentiment by sharing her appreciation for a newly gained best friend.

Yes, this clown owns a Lamborghini.

Now you understand why these social media stars are incentivized to create drama, lie about their relationships, and act like fools. Being a lying fool with a lot of followers pays. 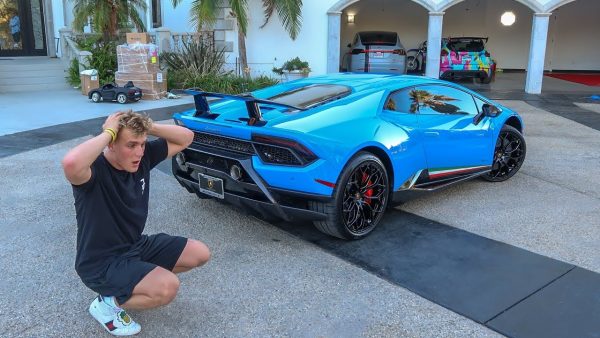 “I’ll never know what the future holds and i will always love Jake and everything we did. i’m grateful to know throughout this i’ve made a best friend for life & found someone to do life with when no one understood me,” she wrote. “I love u Jakey. thank u for this past year.”

They didn’t want their vast fanbase to bother speculating what could’ve happened, according to each of their captions, so both used social media as the platform to announce the news themselves.

Despite their flashy nuptials this past July, which she confessed was not legally binding, Mongeau hinted there was trouble in paradise on Monday (Dec. 30), when she posted a 40-minute YouTube video titled “the truth about everything. (the wedding, jake, alissa, erika, mtv, mental health, drugs, etc.).”

“I think I just put so much of myself into Jake that I lost myself, and that’s not his fault, and I’m not blaming him for that at all,” Mongeau commented. “It’s just the reality. I don’t regret it.”

She added in the emotionally raw clip, “I think the second he said, ‘I do,’ to me, he was like, ‘Now what?’ I think he was also over it. I don’t blame him, but it left me clinging, trying to make this work.”

One way that they were planning to make money together may be in jeopardy as a result of their break up. 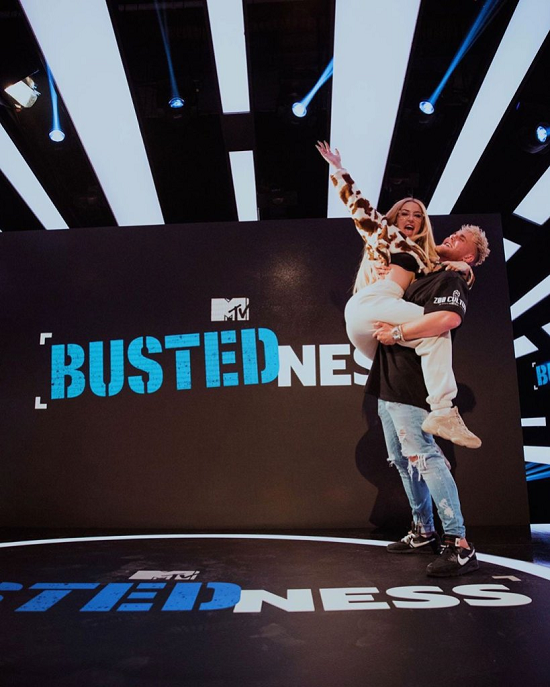 Despite taking off the rose-colored glasses, Mongeau and Paul have yet to comment on the fate of their joint MTV show Bustedness — the spin-off series to Ridiculousness — that was announced last month on their since-deleted Instagram posts.

In case you don’t know the scope of their social media influence, consider this.

That combined reach was the incentive to team up.

This relationship and fake marriage were about profiting from social media followers and likes and friends and subscribers and views… and scoring a TV show.

However, arguments over money and contracts that stared even before the wedding got in the way.

Congratulations to Showmethemoney for being first with the correct response!