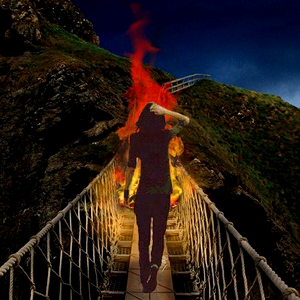 [Blind Gossip] It is interesting to see how differently two celebrities handled the same negative event.

Both of these entertainers recently found out that their contracts were not renewed for a network TV show.

Not being renewed is not the same as being fired… but it’s close!

It’s just a nicer and cleaner way to make personnel changes. Basically, they don’t want you around anymore, but rather than embarrass you by firing you, they just wait until your contract is up. Then they write your character out… or replace you with someone else.

The first cast member did not think it was so nice.

She went ballistic, bringing up every multiple examples of how she had tried to illuminate serious problems in the workplace and was treated unfairly in return.

Since her examples all centered around topics that have become lightening rods for political/social/racial/gender/age/whatever debate, drama followed.

Whether you are cheering her on or deem her overly sensitive, what happened next was crazy Controversy! Social media blasts! Interviews! Meetings! Lawyers! Settlements!

While we don’t know how that will all turn out, it is very interesting to us how the other person handled her own departure.

She went away very, very quietly.

Why the dramatic difference in departures?

It is important to her that she consistently works. She sees each job as a temporary gig. She knows it won’t last forever. If one job doesn’t pan out, it’s on to the next. No crying, no whining, no matter what.

What if she was treated badly?

No matter how bad things are, she is going to keep her cool. Even if she is angry or thinks it is unfair, she will thank you for the opportunity and smile on her way out the door. She knows that everybody in the industry talks and she will not give anyone an excuse not to hire her.

How is it that she is so calm and focused when other people are so angry?

Her philosophy is: No burned bridges, ever. She needs that next job. She says that she wants to work forever.

[Optional] What do you think of the way each woman handled this controversial situation?