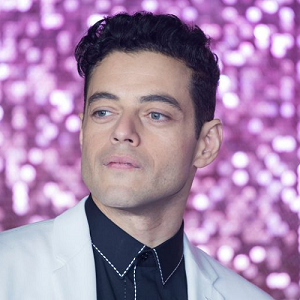 [Blind Gossip] This actor played the title character in a big hit movie in the past year or two.

He is now whining.

What is he whining about?

He’s complaining that he hasn’t had a single audition since that kids-oriented film wrapped.

This has a few jaws dropping. Not from disbelief, but from how he is coming across as an ungrateful and impatient victim.

This is a dumb thing for him to do. He’s hinting at one of two things (or maybe both?). One is that producers discriminating against him. The second is that his agents aren’t hustling enough for him.

Are his beefs legitimate?

First of all, he is part of an agency that has a lot of big stars on its roster who also happen to be people of color. So it’s insulting for him to act like he’s not getting anything because he’s not white. They make sure their clients get in the door, even for roles that aren’t written specifically for POC.

Some of those stars include a long-time actor who really hates snakes and an actress who has been getting producers to show her the money for more than two decades.

Then there is his sense of entitlement.

He was a nobody before this and then suddenly got very picky and said, “Don’t send me out for this kind of role,” and “I won’t even consider that kind of role.”

Dude, you’re not a big star! You just got your foot in the door. You don’t have the luxury of rejecting everything.

Clearly someone has gotten a little too big for his harem pants.

Then there’s his height.

He is definitely shorter than his official height says. That makes it tougher.

This was his first big role and he’s already in his late twenties. It takes to time to build a career and he got a late start.

We can’t blame him for being impatient, but careers take time.

By the way, a late start doesn’t mean a big career can’t happen.

Look at Rami Malek. Nobody knew who he was until he was in his mid thirties. Now he’s in huge demand. He’s Freddy Mercury! He’s the villain in a James Bond movie!

So, what should Whiny do?

Stop restricting yourself when it comes to incoming scripts. Give your agents permission to submit you for anything, even if they are not a perfect fit. You have to get in front of producers for them to even consider you. Maybe they’ll see something in you that is right for a different role.

[Optional] What would you advise Whiny to do?