[Blind Gossip] Which celebrity couple has relinquished control of the family to their offspring?

This goes beyond spoiling. They let the

child/children make all their own decisions about schools, food, clothing, travel, and activities.

Before you know it, the kid/kids will be picking the parents’ films and paying off their credit cards. The parents seem to think that the decision-making will result in more self-assured adult/s. However, right now it’s just the tail wagging the dog. Other family members are concerned that some of these decisions may be endangering the health and safety of all involved. Check out the original date on this blind item!

Things have not changed much in the Smith household since 2008. Six years later, we are starting to see the fruits of their unique child-rearing philosophy. And, boy, is it fascinating!

Jaden Smith and Willow Smith just did an interview for T Magazine. We can’t figure out whether it is hilarious or frightening. We’ll let you judge for yourself.

Here is a sample of the interview from T Magazine  of The New York Times:

Jaden and Willow Smith on Prana Energy, Time and Why School is Overrated

One of the gifts of being young is that particular blend of self-confidence and self-consciousness. Jaden and Willow Smith have managed to turn this form of heady teenage introspection into expression instead of ennui.

Willow, the 14-year-old musician whose debut single, “Whip My Hair,” went platinum when she was not yet a teenager, explains that the gift of life is “looking at nature and being, like, ‘Wow, I am so lucky to have a body and to breathe and to be able to look at this.’ ”

To which her older brother Jaden, a 16-year-old actor and musician, adds: “And the huge, terrible thing the world would be missing by not expressing yourself.”

To that end, both Jaden and Willow, the children of Jada Pinkett Smith and Will Smith, released new albums this month, including two tracks by Jaden that make their public debut here.

What have you been reading?

JADEN: “The Ancient Secret of the Flower of Life” and ancient texts; things that can’t be pre-dated.

Quantum physics? Like the book this girl is carrying in Men in Black? Oh, the irony. 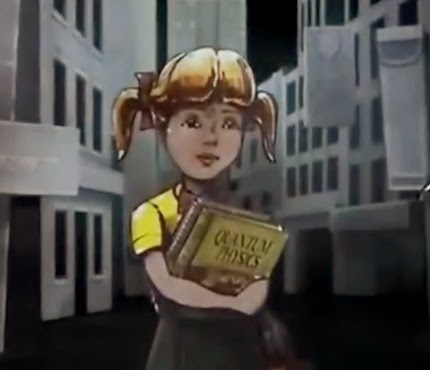 I’m curious about your experience of time. Do you feel like life is moving really quickly? Is your music one way to sort of turn it over and reflect on it?

WILLOW: I mean, time for me, I can make it go slow or fast, however I please, and that’s how I know it doesn’t exist.

JADEN: It’s proven that how time moves for you depends on where you are in the universe. It’s relative to beings and other places. But on the level of being here on earth, if you are aware in a moment, one second can last a year. And if you are unaware, your whole childhood, your whole life can pass by in six seconds. But it’s also such a thing that you can get lost in.

JADEN: Right, because you have to live. There’s a theoretical physicist inside all of our minds, and you can talk and talk, but it’s living.

WILLOW: It’s the action of it.

What are some of the themes that recur in your work?

WILLOW: And the feeling of being like, this is a fragment of a holographic reality that a higher consciousness made.

JADEN: Exactly. Because your mind has a duality to it. So when one thought goes into your mind, it’s not just one thought, it has to bounce off both hemispheres of the brain. When you’re thinking about something happy, you’re thinking about something sad. When you think about an apple, you also think about the opposite of an apple. It’s a tool for understanding mathematics and things with two separate realities. But for creativity: That comes from a place of oneness. That’s not a duality consciousness. And you can’t listen to your mind in those times — it’ll tell you what you think and also what other people think.

WILLOW: And then you think about what you think, which is very dangerous.

This conversation is very dangerous for anyone with an ounce of common sense.

What are you searching for in those pieced-together moments (of inspiration)?

JADEN: Honestly, we’re just trying to make music that we think is cool. We don’t think a lot of the music out there is that cool. So we make our own music. We don’t have any song that we like to listen to on the P.C.H. by any other artist, you know?

WILLOW: That’s what I do with novels. There’re no novels that I like to read so I write my own novels, and then I read them again, and it’s the best thing.

JADEN: Willow’s been writing her own novels since she was 6.

You mentioned breathing earlier, and it’s also an idea that recurs in your songs.

WILLOW: Breathing is meditation; life is a meditation. You have to breathe in order to live, so breathing is how you get in touch with the sacred space of your heart.

JADEN: When babies are born, their soft spots bump: It has, like, a heartbeat in it. That’s because energy is coming through their body, up and down.

JADEN: It’s prana energy because they still breathe through their stomach. They remember. Babies remember.

JADEN: By the chemicals and things, and then slowly…

WILLOW: As they grow up, they start losing.

So is the hardest education the unlearning of things?

WILLOW: Yes, basically, but the crazy thing is it doesn’t have to be like that.

JADEN: Here’s the deal: School is not authentic because it ends. It’s not true, it’s not real. Our learning will never end. The school that we go to every single morning, we will continue to go to.

WILLOW: Forever, ‘til the day that we’re in our bed.

JADEN: Kids who go to normal school are so teenagery, so angsty.

WILLOW: They never want to do anything, they’re so tired.

JADEN: You never learn anything in school. Think about how many car accidents happen every day. Driver’s ed? What’s up? I still haven’t been to driver’s ed because if everybody I know has been in an accident, I can’t see how driver’s ed is really helping them out.

JADEN: I have a goal to be just the most craziest person of all time. And when I say craziest, I mean, like, I want to do like Olympic-level things. I want to be the most durable person on the planet.

WILLOW: I think by the time we’re 30 or 20, we’re going to be climbing as many mountains as we can possibly climb.

So, Blinders, what do you think? Hilarious or frightening? (We can’t wait to hear what you have to say about this!)

Congratulations to Yepper for being first with the correct answer!