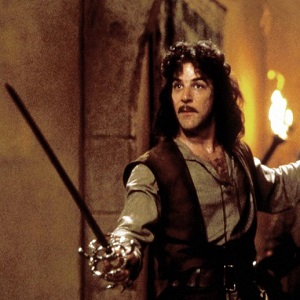 [Blind Gossip] This franchise actor has had his share of ups and downs. Right now… it’s the downs.

He is an alcoholic and a drug addict. His money problems and legal problems and relationship problems and management problems and health problems and substance abuse problems are all now converging in an overwhelming way. It’s like he is sword fighting multiple opponents at once.

So, how is he holding up? Not well!

He is very depressed, which only makes him want to drink more, which makes him even more depressed. He keeps talking about [offing himself] but since he’s usually drunk when he says it, it’s hard to tell if it’s him or the alcohol talking.

Nothing to do with Mandy Patinkin. We just like this scene from The Princess Bride.

[Optional] Where do you think our actor is going to be in five years?