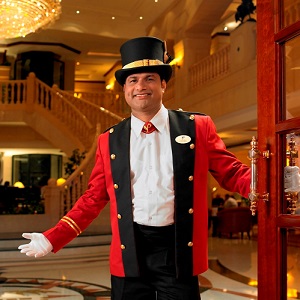 [Blind Gossip] She started out as an actress on a highly rated show in the 1990s.

Despite once being very wealthy, she is now desperate for money. She will shill anything for a buck, and she is always making deals for comped goods and services for herself and her family in exchange for a social media post about it.

If you are amazed at how someone so broke can afford so many health and beauty services – and take so many vacations with the husband and kids – this is how.

The one place she could not get to comp her? A top luxury hotel.

She moved her family in to a whole suite of rooms and she ran up a huge bill. This hotel does not comp people in exchange for promotion. So she created an “incident” where her kid got scratched.

Just how much does she think a scratch is worth?

Now she wants to get comped (for literally thousands of dollars worth of services). The hotel could do it just to avoid bad publicity, but I don’t know if this would be the end of it or if she is planning to drag this out for more free services. [The hotel] is between a rock and a hard place on this one. It’s not just a P.R. matter anymore. Their lawyers are involved.

Perhaps someone who knew they wouldn’t have to pay for it?

Similar: A Brief Explanation Of A Brief Marriage