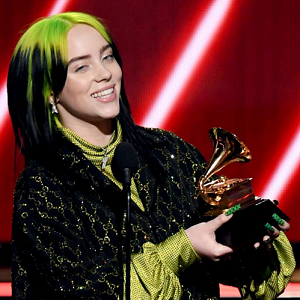 [Blind Gossip] While Billie Eilish cleaned up at The Grammys this year – sweeping all four big awards! – another famous singer completely skipped the ceremony this year.

Given that he wasn’t nominated for anything, it is not shocking or scandalous that he chose not to attend.

However, what was shocking is how the other attendees were talking about him!

[Redacted] said that [Singer] wasn’t at the awards/parties because he was just too depressed to go anywhere but work and home and church and that they were just trying to keep him alive until his next album was released. Somebody from his label told the guy to shut the f*ck up and walked away.

I noticed that he didn’t deny that it was the truth. He just told him to shut up about it!

We’re sure that his team will spin this as him being just too focused on his album to do much else, but it sounds like a pretty sad situation.

We hope that Singer is getting professional help.

And we also hope that 18-year-old Billie Eilish has a strong team around her to guard her from the evils that plague many artists who experience success at such an early age!

[Optional] Do you think that his depression would be better served by working or not working?