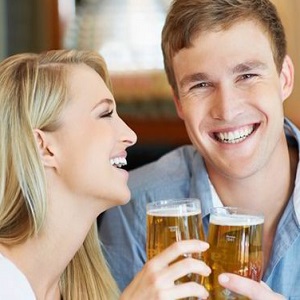 [Blind Gossip] You would probably never think of putting these two celebrities together as a couple.

It may have happened anyway!

He is the son of two very famous celebrities – an athlete and a singer – which automatically makes him a very desirable bachelor.

She is a singer who has dated over a dozen male celebrities, mostly musicians.

They were spotted together multiple times. The most recent time was at a private event.

They were giggling over beers in a quiet corner, looking very happy and very romantic.

There are a couple of possible issues here, though.

First, our golden girl singer seems to be available. But our young male celebrity usually has a girlfriend.

Second, his famous Mom absolutely HATES the singer! The singer is a lot older than our young scion and Mom does not like her predatory ways.

See if you can guess our couple… without using any nasty nicknames!

We discovered that when Brooklyn turned 18, he went out on a few dates with singer Rita Ora.

Victoria Beckham was NOT happy about this!

And now the whole story is emerging. 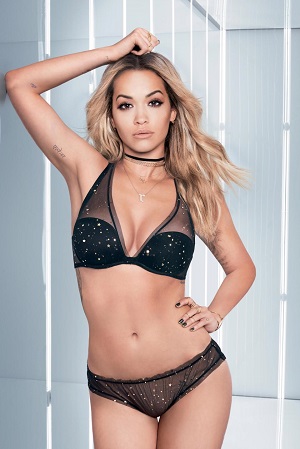 The pair dated in secret and shared flirty texts when he was 18 and the singer 26.

A friend of Posh said: “She made it clear she didn’t approve.”

Brooklyn Beckham was read the riot act by mum Victoria over his secret fling with Rita Ora — and told to pack it in.

Fashion designer Posh hit the roof when she found out her teenage son had been kissing and canoodling with the Hot Right Now singer.

Posh and husband David banned him from seeing her. And they ordered Brooklyn to New York to keep him away from Rita — famed for dating a string of male rock stars and female models.

And in 2013, Rita dated Becks’ best pal Dave Gardner – another reason David is understood to have been angry.

A source said: “Posh saw a couple of texts they’d been sending. She didn’t want her boy being led astray, and didn’t want them partying together.

“David and Victoria were adamant the pair shouldn’t date and made it very clear they didn’t approve.”

Model and photographer Brooklyn had just turned 18 when he and Rita, then 26, were seen holding hands at celeb haunt, The Electric in West London.

The cosy dinner date led to “serious snogging” and a series of flirty texts — with the pair shrugging off their eight-year age gap.

A month later, in June 2017, they again got close at the Glastonbury festival — where 44-year-old Posh and Becks, 43, also partied.

But within weeks of the festival Brooklyn returned to college in New York “until the dust settled”.

He and Rita mutually agreed to end the relationship but are said to still be on good terms.

A friend of the Beckhams said Saturday night: “David was pretty furious when he got wind of their friendship, and Victoria was understandably concerned about the age gap.

The couple eventually stopped dating. So, game over? Not quite. Here’s why Victoria Beckham is still mad about this.

It’s not because Rita Ora is so much older than her son and because she has a reputation as a maneater who has dated everyone from Travis Barker to Calvin Harris to Bruno Mars to Rob Kardashian to Lewis Hamilton to Justin Bieber to ASAP Rocky to Drake.

Two months ago it emerged that Rita had bought a house next door to the Beckhams’ West London mansion.

That was – quite literally – an interesting move on Rita Ora’s part. Now Posh has to keep her eye and both her son… and her husband! Yes, you know why.

Congratulations to Reeceecup527 for being first with the correct answer!