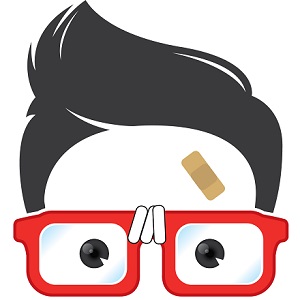 [Blind Gossip] This male actor is one of the stars of a successful ensemble TV series that has been on the air for more than five seasons.

He plays a serious character in a very funny way. He’s rather skinny and geeky-looking, so you probably wouldn’t expect him to have much of a love life.

Well, wait until you hear this!

He has a girlfriend. She is not one of those silicone-stuffed Hollywood hangers-on. She looks rather normal. But she does have an incredibly big mouth when it comes to talking about him!

He would probably not be happy to learn that she has been blabbing about him all over town.

She says that they first met when he “rented her” by the hour. After doing this for a few weeks, he decided he liked her so much that he asked her to be his girlfriend.

She says that he doesn’t care that she sometimes slept with half a dozen men in a day.

She lives with him now.

She says that he is bisexual.

We’ll let you look up that last one.

[Optional] Do you think he will marry her?