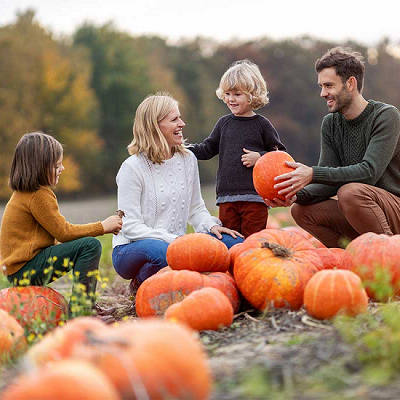 [Blind Gossip] You already know that she is practically obsessed with being seen as desirable. That’s why she can never be alone.

It took Singer all of five minutes after breaking off her engagement with Athlete to start dating that actor from her past.

We also told you that as soon as the relationship with Actor began, she wanted a family photo op that included them and all of their kids. She was aiming for a classic summer photo of all of them in the pool or at the beach.

Much to her annoyance, the mother of his children put her foot down on that one.

While she can’t prevent them from being photographed when they are out in public, she let [her ex-husband] know that there were to be no privately arranged photo ops.

She knows all about [Singer] and her thirsty publicity stunts.

So summer came and went without the family photo.

It seems that Singer is now trying to get around the rules.

She originally wanted a classic autumn photo of them in a pumpkin patch or all having Thanksgiving dinner together.

That was all denied, so she came up with the whole charity stunt. The paps knew exactly what time everyone would be there and were told to get as many photos as possible to maximize the chances of getting all the kids together and working like a family.

Unfortunately for Singer, while the paps cooperated… the kids did not!

One of the kids didn’t show and they couldn’t get the rest of them to all go outside at the same time.

Well, that is, if you consider full hair and makeup and diamonds and stiletto heels a completely natural look for manual labor.

Such a great mom.

Such a natural beauty.

Similar: She Wants His Children

[Optional] Do you think Actor and Singer will get married?

Previous Post: « A New Kind Of Black Friday
Next Post: The Stall And The Fade And The Buffer »