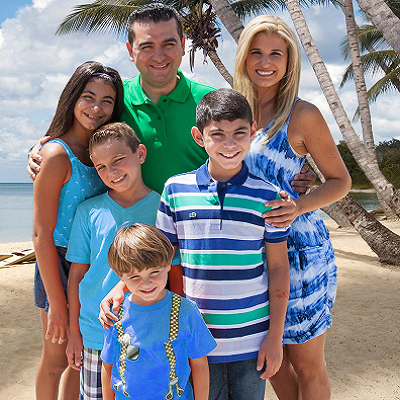 [Blind Gossip] When she and her fiance broke up, we told you that this female celebrity wanted to be seen dating another celebrity within a matter of weeks.

First of all, Singer can not be alone. She is almost pathological about it.

Second of all, she needs the public to see her as sexy and desirable. To her, that means that she always has to have a man by her side.

Her team could not line up a new man fast enough, so one of her old beaus, an actor, is being recycled.

Beau does like her and it’s a comfortable relationship for them both, so it was easy for them to pick up again where they left off.

No, not as in she wants to have children with him! She’s a little long in the tooth for that.

What Singer wants is for Beau to bring his children into the publicity swirl with them.

You may have noticed some recent claims by Singer that her children are her first priority. That was to make up for the fact that she has been jetting all over the place to hook up with Beau and people were beginning to question her fitness as a mother. To avoid criticism, she’s going to have to bring her kids into more photo ops.

However, there would be a real lack of balance if it was just them and her kids. After all, Beau has kids, too!

You may have noticed that in her last relationship, Singer was constantly flaunting the loving, blended family image she had created with her ex-fiancee.

She likes being seen as a good mom. She wants those same kinds of photo ops with her and [Beau] and her kids and [Beau’s] kids. She has been pushing for all of them to get together for a casual pool day or beach day and barbecue.

You know who is not too keen on this?

She is an actress and a devoted mom who apparently doesn’t suffer fools lightly.

[Actress] shut it down. She says that she doesn’t want the kids being used for some sort of photo op. She’s being kind of a pain about it.

Given how fast this is all moving, we don’t know if we can blame Actress for balking at Singer’s request this early in the game.

[Optional] Good call by Actress? Why or why not?