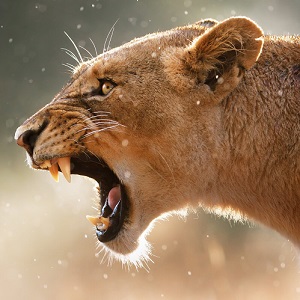 [Blind Gossip] This cable TV drama has been on the air for more than one season.

The new season is not a happy one!

While it is an ensemble show, the cast is led by an actress who makes everyone miserable.

She is a just a nasty, negative person. Complains about everything. She got so mad about something she actually threw a prop and hit someone with it. If she doesn’t get her way, she accuses you of discriminating against her because of her age or her gender. Everyone has had it with her.

How bad is it? They were actually discussing how to write her off the series.

If they fire the star of the show, expect a huge uproar. From her!

[Optional] Do you think the show could survive without her? 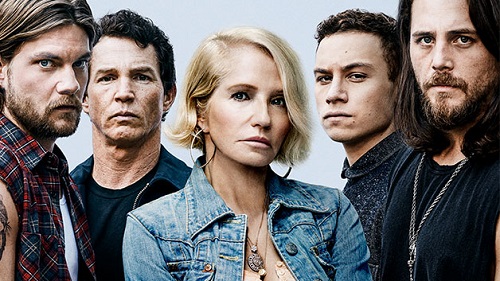 Your friends at Blind Gossip had heard that Ellen Barkin, the lead in Animal Kingdom, was written off the show.

It was last night!

They gave her cancer AND shot her!

WARNING: This article contains spoilers about the August 13 episode of Animal Kingdom. Read at your own risk!

For years, Smurf has been the head of the Cody family, even when the boys didn’t want her to be. (Even when she was behind bars.) But when Animal Kingdom‘s fourth season saw Smurf get the news that she had cancer, things took a turn. And in Tuesday’s penultimate episode, Smurf took matters into her own hands: starting a gunfight that was supposed to end her life. But when Pope saved her, she asked him to finish the job, handing him a gun and threatening to shoot him if he didn’t kill her. In the end, it was J who pulled the trigger and killed the Cody family matriarch, played by Ellen Barkin.

“A big part of the challenge on any show is to try and keep it feeling real for the audience in the sense that it’s still fun to watch because you don’t know exactly what’s going to happen,” executive producer John Wells tells EW about the decision to kill Smurf. “We ended up spending a lot of time talking about: What do we do this year to keep shuffling the deck and mixing things up? It’s the animal kingdom, not everybody’s going to survive. We were feeling that we were repeating a little bit the Smurf stories. We had told the Smurf stories in the present that we wanted to tell but what we were really interested in is how did she get to be Smurf? And that led to where we ended up. We came to the realization that the thing that would shake the family up most is if Smurf wasn’t there to hold them together anymore.”

Once the writers landed on killing Smurf, they had to figure out the best way for her to go out — or rather, the worst.

“We started to talk about, ‘Alright, so how would she go? What would be the worst scenario for Smurf? Is it that she gets shot during a crime? Is it that somebody from her past returns and kills her? Should it be that one of the guys gets so frustrated they do it?’ Then we realized the worst thing for someone like Smurf — who somehow, even though she knows it’s not real, believes that she’s immortal, and that these kids can’t live without her —would be to discover that she’s dying,” Wells says. “She doesn’t ever want to be perceived as weak. She doesn’t want pity. What would really terrify her would be losing control of herself and her body. Then there were endless conversations about who would actually shoot her. The cast was very interested in that. We really didn’t let anybody know until when we gave them the script for the read-through.”

As for Barkin’s thoughts on Smurf’s big goodbye, Wells says, “She comes from the movies where you normally do three months and then you’re done. So she was surprised it lasted this long. But she understood and thought it was a really good story, and she was really excited when we shot the scene. It’s a great final Macbeth moment.”

Why would we put an animal as the photo for a blind item about a person? Because it’s ANIMAL Kingdom!

Congratulations to Jules2424 for being first with the correct answer!