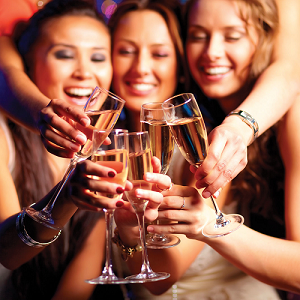 [Blind Gossip] This blind item is about multiple famous singers.

We’ll spare you the details of their relationship ups and downs. The important thing to note is that it was a real relationship, they have a lot of friends in common, and it did not end well. Yes, they got divorced.

However, there are definitely some lingering bad feelings there.

While some of those bad feelings have to do with the conflict in their relationship, much of it has to do with the fact that each of them moved on so quickly to other people.

Tall Guy, wound up settling into a relationship (or “relationship”) with Rocker Girl, another singer. It was a publicity setup.

In the meantime, Country Girl flitted from relationship to relationship, releasing a string of songs in the process.

Tall Guy knew that those songs were all about him, and he hoped that Country Girl would come around back to him eventually.

It doesn’t matter that Tall Guy’s relationship with Rocker Girl didn’t happen until after Tall Guy and Country Girl broke up.

It’s more about how much of an attention-seeker Rocker Girl is in promoting her relationship with Tall Guy.

Now everybody here is a celebrity, and they all understand how publicity works. Country Girl just doesn’t like the way that Rocker Girl operates.

She was recently hanging out with some of her girlfriends.

They had too much too drink and were complaining about about [Rocker Girl] and what a ridiculous attention monger she is, always making up stories about her and [Tall Guy] to keep herself in the headlines.

Of course they had to check out Rocker Girl’s social media accounts to make sure they knew every single attention-seeking thing that Rocker Girl was up to.

In the process of passing the phone back and forth, someone accidentally clicked “follow.”

[Country Girl] discovered the mistake a couple of hours later and quickly unfollowed [Rocker Girl]. She would NEVER want anyone to know that she still obsesses over [Tall Guy] and [Rocker Girl]!

We think that Tall Guy would secretly be pleased to hear that.

Similar: His Ex And His Exit

[Optional] What do you think will happen with the personal lives of these three singers in a year or two?