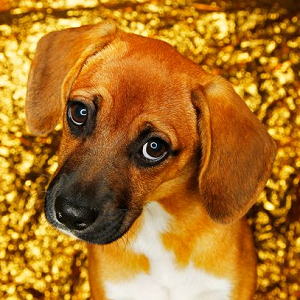 [Blind Gossip] While many celebrities are cautious about discussing their children or posting their photos for privacy reasons, this TV actress is the only one we know who has chosen to be selectively mysterious when it comes to her pets.

At first, she seemed quite genuine in her love of her pets and featured them prominently on social media. The narrative – Aren’t a good person for rescuing these animals? – was a bit trying but acceptable.

Then she started dating another celebrity.

Her pets, whom she had once considered her children, became mysteries.

Why was one pet missing? How did another one get seriously injured? Why didn’t she want anyone to know the name of the third pet? It was… odd.

Then there was the lie about the dog she left behind.

You now know the truth. But do you know why she lied about it? Here you go!

Her relationship with [Man] was the most important thing and she wanted it to look perfect. Telling the truth that he didn’t like the dog and that the dog didn’t like him wouldn’t fit that narrative. She couldn’t make him look like the bad guy and she couldn’t make herself look like a bad person who abandoned her pet. So she had to blame something else.

We hear that she actually considered several lies before settling on one!

She considered a couple different stories. One was to tell people that the dog was terminally ill and that’s why it couldn’t travel.

Why didn’t she use that lie?

It would have gotten some sympathy, but then she would have had to either put the dog down or take it back when the dog miraculously “recovered.”

Did she know that her lie didn’t make sense?

She knew it was lame but it was the best she could come came up with. She had bigger things to worry about, like locking him down.

Getting him to propose/getting married. She wanted to create the perfect environment for their life together. The dog didn’t fit.

So, why did she eventually take the dog back?

Because people were questioning why she didn’t have the dog back since her original excuse didn’t apply any more. However, the situation was exactly the same the second time and [He] didn’t want the dog around so the dog had to go again. She couldn’t tell the same lie twice.

Look, her dog lie is not the biggest lie in the world.

However, it does make you wonder.

What else she has lied about to get in/stay in the relationship?

And what else has she lied about to create that “perfect” narrative?

[Optional] Do you think she handled this situation well? What other lies has she told?