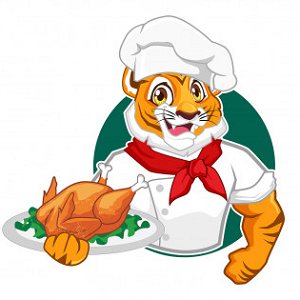 [Blind Gossip] This woman starred in an extremely popular TV series that everyone was talking about recently.

She was asked to give her reaction to a video.

Based on the title of the video, she thought she was reviewing some sort of cooking show.

Everybody knows that I don’t cook. I don’t know the first thing about cooking but I’ll give it a look. I can’t imagine why anyone would want my opinion on a cooking show!

After the first ten seconds of viewing, she looked confused and frightened.

That’s because it was definitely not a cooking show. She had actually been given the preview for an upcoming horror film! The film has a cooking-related word in the title. Thus, her confusion.

Her eyes grew wider, but, for some reason, she could not look away.

This is NOT my kind of show! Is this about a cult? Now I understand. They think I run a cult!

When some sort of bodily fluid was forcefully expelled from the open legs of a woman… she lost it. She clasped both hands over her mouth and shouted.

Then she hid her eyes.

Nope. Not watching it. No. NOT a cooking show!

Some people might think I am fearless when I deal with [animals] and hitmen and crazy cult animal people but…. nope. Not watching it.

For someone so brave around scary animals and hitmen, it’s fairly amusing that she could not even look at scenes from a scary horror film!

[Optional] Speaking of scary, what do you think happened to her husband?