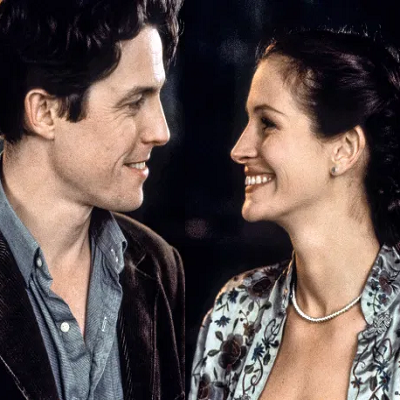 [Blind Gossip] A couple of years ago – when recording artists were still doing major releases and tours – a famous singer had a new album to promote.

It is fairly typical to hold promotional press events in a hotel. Media outlets are scheduled – one after the other – for individual sit downs with the artist. Movie promotions are done this way, too.

Have you ever seen the movie Notting Hill?

In one funny scene, Hugh Grant goes to a fancy hotel to meet up with Julia Roberts. He is unexpectedly thrust into the middle of a round of promotional interviews she is doing for her new movie.

To try to blend in, he says he is a reporter for Horse and Hound Magazine.

He is escorted into the room and proceeds to conduct an awkward interview about a movie he clearly hasn’t seen.

It’s a funny scene. And not completely unrealistic.

It is up to the talent’s publicity team to send the media outlets an advance copy of the whatever is being promoted. Sometimes that doesn’t happen and the reporter has to go in and conduct the interview anyway.

If the reporter is not familiar with the work, the Q and A might have a lot of open-ended questions, e.g. “So… what was your inspiration for this movie?”

And just like Julia Roberts in that scene in Notting Hill, it’s the talent’s job to smile and roll with it and answer the questions politely… even if it is clear that the reporter is not familiar with the work. 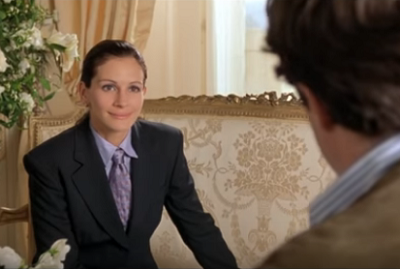 With that background, on to our story!

On the surface, Our Singer seems like a nice guy.

To promote his new album, he was scheduled to do a series of interviews in the penthouse suite of a swanky hotel in Los Angeles.

The reporter was given twenty minutes to do an on-camera interview with Singer about the new album. The reporter did not receive a copy of the album in advance, but the reporter and crew showed up on time, ready to seal the deal and do the interview.

When we met [Singer] in his suite, he was extremely warm to everyone. He refused to shake hands and actually insisted on hugging everyone instead.

It was a nice first impression. He made everyone (reporter, producer, camera crew) feel very welcome.

Sounds like they were off to a good start.

About five minutes into the interview, he asked our reporter if they had listened to his new album.

The reporter made the mistake of admitting that they had not.

That’s when the warmth ended.

Then he went into shutdown mode.

Singer sat back, folded his arms, and glared at the reporter!

From that point forward, whenever the reporter asked a question, Singer would respond with a terse one or two word answer.

Q: So, did you enjoy making this album?

Q:Would you care to elaborate?

And on it went.

It was a total disaster! The footage was completely unusable. Everybody knew it. Singer was being an ass. He was clearly sabotaging the interview to get back at the reporter. I’ve been present at hundreds of interviews and I’ve never seen anything like this happen before.

After this went on for a few minutes, the reporter held up their hand to pause the interview… and Singer got up and stormed out of the room!

We were all shocked.

As it turns out, Singer didn’t go far.

He went into the next room. We could see him sitting in a chair with his legs crossed, staring out the window in complete silence. He was obviously very upset.

Then his publicist came over and starting berating our reporter.

There was no point in having an argument with her about how she was the one who had failed to send a copy in advance! It was obvious that she needed to put on a show for her client because he was within earshot.

Still, it was the most uncomfortable interview I’ve ever been part of. [Singer] was just unbelievably childish and obnoxious.

Why was Singer so obnoxious?

Has he been like this all along? Or did he only got this way after he married that famous model?

Whatever. The readers of Horse and Hound would certainly not be delighted with him!

[Optional] What is your favorite Hugh Grant or Julia Roberts movie?