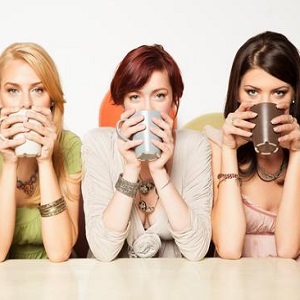 [Blind Gossip] There are lots of TV shows with a panel of hosts who are all competing for attention.

While they are usually all smiles and nice on the surface, there is actually a fierce competition that goes on for air time and salaries.

This one successful show is dumping one of its hosts. They are saying that it is something that was initiated by the executives.

It was initiated by one of the other hosts!

She doesn’t like other women taking her air time, plus she wants to renegotiate her contract. She thinks that if she bumps another woman off the show will be more desperate to keep her AND she will get a bigger share of the show’s talent budget.

That’s cold. And she seems like such a nice person on the outside! Like someone you would want to have as a best friend…

[Optional] What is the worst panel TV show currently on the air? Why? 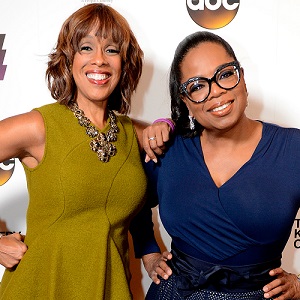 Gayle King just got rid of BOTH of her female cohosts on CBS This Morning!

Your friends at Blind Gossip told you a month ago that Gayle “doesn’t like other women taking her air time, plus she wants to renegotiate her contract. She thinks that if she bumps another woman off, the show will be more desperate to keep her AND she will get a bigger share of the show’s talent budget.”

We were originally talking about cohost Bianna Golodryga, who did wind up leaving the show.

However, Gayle didn’t stop there. She didn’t just get rid of ONE female cohost. She got rid of BOTH of them! Norah O’Donnell is now out, too!

Now Gayle King will now be the only female on a panel with two men.

Gayle King pushes out Norah O’Donnell at ‘CBS This Morning’

Norah O’Donnell is officially out as co-host CBS’ struggling morning show — thanks to Gayle King.

Sources close to CBS say the new anchor lineup for “CBS This Morning” has been set and it doesn’t include O’Donnell because King — riding high off her big interview with R. Kelly — has demanded she be sent elsewhere.

“Norah is toxic,” a CBS insider said, explaining that the anchor is difficult to work with and has aided in feeding rumors about the impending exit of Jeff Glor, anchor of “CBS Evening News,” while vying for his job.

The blood is so bad between the morning news co-hosts that King demanded O’Donnell be moved off the show as part of King’s recent contract negotiations, which kicked off after her now-infamous Kelly interview, sources said.

Notice how they are trying to make Norah O’Donnell the villain here? Nasty.

Well, at least they are not trying to pretend any more that it was an “executive decision.” This was all Gayle King’s doing.

Well, Gayle King and a certain famous friend of hers.

You see, Gayle King’s best friend Oprah has been “advising” her during this process. The result was that all the other women got pushed out. Only Gayle and the men remain. We’ll just leave that little note there for you to consider.

Congratulations to Meruhdith for being first with the correct response!