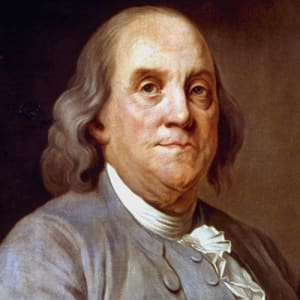 [Blind Gossip] There is an old expression about secrets.

In the July 1735 issue of Poor Richard’s Almanac, Benjamin Franklin said, “Three may keep a secret if two of them are dead.”

This TV actress is learning this the hard way.

Her attempt to secretly promote herself has completely backfired and has devolved into a legal morass from which there is almost no escape.

We have a couple of interesting things to share with you about the case.

The first is that the defendants are not behaving the way she thought they would!

She is quite shocked that this is not going the way she thought it would. She thought that she was being smart to court one media source and attack the other. She was 100% sure that the [the second media source] would be intimidated and back down and settle with her. That didn’t happen.

No, it certainly did not. In fact, the second media source is enjoying the attention this case brings and is reaping the rewards of publishing multiple articles about her every day.

There is little to no incentive for them to back down.

This stopped being about the original legal claim a long time ago. This is now a referendum on HER behavior. If anything, a trial would stretch this out and be a real coup for the media company.

Another shock to her is the impact this is having on several of her friends!

It was dumb for her to involve so many people and it was really dumb for her to deny her involvement. It is clear that she is in charge of the group and that they all take their marching orders from her. There are too many emails, texts, phone conversations and video chats to coordinate the messaging for her to pretend that she had nothing to do with it.

Will all of her friends act in unison to protect her?

Not a chance. The sisterhood is breaking. Each of the friends has now had to hire and pay for their own attorney. Most of them are not celebrities themselves so this is very stressful for them. At least one attorney advised their client to temporarily cut off contact with the plaintiff until the case is resolved.

Will she protect her friends?

She may be able to protect their identity, but only if this does not go to trial. If this goes to trial, she can’t protect them. They are likely key witnesses and will certainly be deposed and exposed.

What will the friends do?

Look, this isn’t the Mafia. This is a bunch of women who were unwittingly involved in a public relations effort gone awry. There is no attorney on earth who would advise them to perjure themselves for [Actress] on such a ridiculous matter. They will not all lie for her.

What’s the big deal if they tell the truth?

The big deal is that it will uncover the plaintiff’s big lie. She claims that she had no involvement in them contacting the media or in the messaging. She can’t afford to have that lie exposed. The public would turn on her.

That ship may have already sailed.

An additional and potentially bigger consideration is that once the friends are on the stand, other secrets and lies about her life and how she manipulates the press could be rooted out.

What is your overall opinion about how Actress has handled this?

She entered into this thinking that she was a credible and sympathetic figure and that she could walk away with a couple of million and the media firmly under her control.

These were all serious miscalculations. She overplayed her hand and this will not end well for her.

This will NOT go to trial.

She might try to get some small sort of settlement from the media company to cover her costs and to pretend she got a win, but the media company would actually be better off dragging this out as long as possible.

Very high probability that she will drop the case and walk away with nothing but a stack of legal bills.

How will she spin it?

She will likely try to make herself look good by claiming that she is dropping the case to protect her friends… but it’s really to protect herself.

[Optional] Is she a credible and sympathetic figure? What do you think will happen? Please use real names and keep your comments civil.