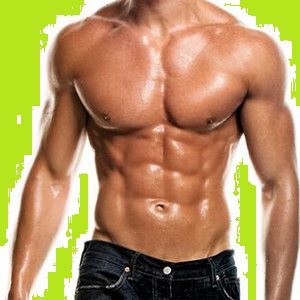 [Blind Gossip] When we talk about celebrities who have had plastic surgery, most of the time we are talking about women.

Today, we’re going to tell you about a male star’s plastic surgery!

He has been a movie star for a long time.

When he was in his teens, he had no problem keeping fit. Together with his childhood friend – another movie star – he watched and participated in lots of sports.

The two of them could work and party and still maintain their six packs.

The years rolled by. And the rolls around his torso increased. Our guy began to look a little doughy.

His friend has a different body type – taller and thinner – which made our guy look short and chubby by comparison. That made it even harder. He would shape up for a role and then relax in the off-season.

He knows his natural shape is probably a Dad bod. He went through years of dieting and counting every calorie so he wouldn’t look fat, especially for the action pictures. He was tired of it.

Then came the role for which he purposefully piled on a lot of weight.

After that role was over, his body was never the same. He really struggled. He lost a lot of the weight, but then he finally got liposuction.

He was back to a six-pack!

Here’s the thing about lipo, though: Once you have the fat sucked out of one place, if you gain weight… the fat appears somewhere else!

That’s why his torso looks wonky. Some of it is a six-pack but the rest is forming new pockets of fat whenever he gains even five pounds. He is thinking about going in for another round of lipo to even it all out.

[Optional] How does he look? Do you mind when he has a Dad bod?