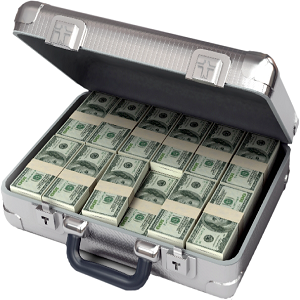 [Blind Gossip] Here’s the problem with one celebrity insulting another: You never know when those insults are going to come back to haunt you!

This married TV actress has insulted a prominent politician more than once.

She called The Politician names and said she would never vote for him when he ran for office in Country 1.

She blew him off when she was supposed to attend a dinner in his honor that was hosted by her family in Country 2.

She said that she and her husband didn’t even want to live in the same country with Politician and would choose life in Country 3 instead.

In fact, she actually seems to take pride in her vitriol towards him. She even flaunts her friendship with a rival of his who tried to take him down.

She always saw herself as being in a morally superior and more popular position to [Politician].

My, how quickly things can change!

Our actress behaved like a royal pain in the butt and quickly made herself rather unwelcome in both Country 2 and Country 3.

While her ego has now been knocked down a few pegs, her purse may suffer even more.

She may now have to bear the burden of millions of dollars of expenses that were formerly paid for by Country 2 and Country 3!

What’s a spoiled girl to do?

Go back to Country 1!

The level of entitlement is simply staggering.

There’s a problem though.

Guess who is in charge of Country 1?

Why, the very Politician she insulted multiple times!

We are rather confident that her demands are going to be met with a wall of resistance.

If she really wants a big briefcase of money from Country 1, she is going to have to do something extreme.

She will have to go from insulting Politician to basically begging him for help.

And our Politician never forgets an insult!

This should be fun!

[Optional] Who should/will pick up the tab? Please use real names and keep your comments civil.