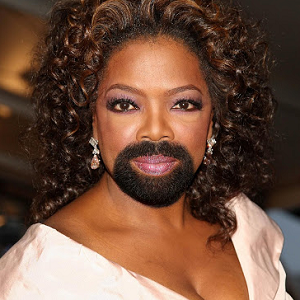 Comedy Actress has engaged a lot of different directors over the past few seasons.

One of them is a famous actress who is best known for starring in a TV drama.

There was a bit of a scandal when Drama Actress directed a particular episode of Comedy Actress’ show.

Everyone is always joking around on the set. [Redacted] made a comment about [Drama Actress’ husband] being gay. She didn’t come out and say, “He’s gay.” It was a joke about a beard, but everyone knew exactly what she meant.

It was awkward. Everyone just froze. [Drama Actress] definitely did not find it funny.

She just doesn’t want you to know.

Not Oprah (who looks really good with a beard).

[Optional] Why did Drama Actress marry a gay man?