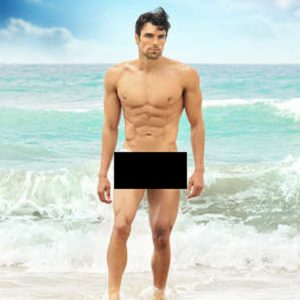 [Blind Gossip] This male celebrity recently lost his job and was subjected to some public shaming for his nefarious activities.

He claimed that he was going to step back to spend time with the wife and kids.

We hope not. Because here’s what he was doing very recently.

He was walking along [redacted] Beach on [date redacted]. He was by himself.

It was cold that day but he was wearing practically nothing.

He was shirtless and he had his shorts purposefully pulled down below his hipbones so that the top of his pubic area was exposed.

It was either shaved or waxed.

People were staring down at [that area] as they walked past and he would nod at them. He clearly wanted the attention and was enjoying the stares. He’s got a good body but it was pretty disgusting.

If it was a young girl passing him he would stop them and try to talk to them.

Wonder if he was looking for new recruits?

No matter what this husband is telling his wife, he is still being inappropriate, creepy and disgusting.

The biggest gift she could give herself this Valentine’s Day is to divorce him and keep him away from their kids!

Similar: The Gift Of Forgiveness

[Optional] What is wrong with him?