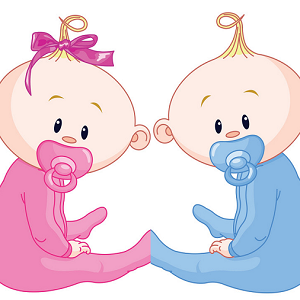 However, parents sometimes seek insurance to make sure that they get the baby they want!

This married celebrity couple consists of a man who has been famous for decades and a woman who came along much later. However, she is now almost as famous as her husband.

They already have one or more children but wanted more.

After the wife experienced a loss, they decided to insure their chances of having another baby.

In addition to the wife trying to get pregnant herself, they hired a surrogate.

Since all of this was going on around the same time, there was the possibility that one or both of them would get pregnant.

What if both got pregnant?

If the due dates were close, they could pass them off as twins that the wife had carried.

If the due dates were far apart, they would have to decide how creative to be with their explanation.

This couple flip flops back and forth between seeking publicity and demanding privacy, so we really don’t know how all this is going to end up.

[Optional] Do you think they are good parents and should have more children?