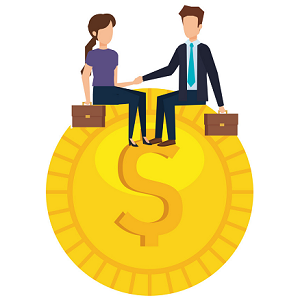 [Blind Gossip] He is a world famous athlete who competes at the elite level of his sport.

While he has been injured before, he has always come back to compete at the highest levels. However, the impact his current injury may have on the future of career is still not known.

While most people are talking about his injury, we’re going to talk about some interesting personal drama that is going on behind the scenes!

He seems very happy with the woman who has been in his life for years. She’s in it for the long haul.

Of course, she is right by his side to help nurse him back from his injury. She and the kids and various doctors are with him practically 24/7 now.

That’s making it a little difficult for him… to see the other woman!

Who is she? Not anyone famous.

He started seeing her a few years ago. Yes, we said years.

Why doesn’t anyone suspect anything?

Well, because, in a way, she is part of his team. His financial team, to be exact.

She is a banker whose group manages high net worth clients, including our athlete.

She actually lives with her boyfriend, so both she and the super athlete are cheating on their respective partners.

Their affair first started a few years ago after he went for dinner and drinks in a major city with his money team. He wound up at a hotel with her. They have been together ever since.

It would really damage his reputation if fans found out about her, so they have always both been careful to make sure that their meetings always look legit on their schedules.

The funny thing is that he doesn’t even have to be that sneaky to have an excuse to meet with her. He can say, “I’m going to see my financial advisor” and be telling the truth!

Yes, of course some of their legitimate meeting time involves discussing his balance sheets.

However, there’s an awful lot of discussion that’s going on underneath the sheets, too!

[Optional] Do you think he will fully recover from his injury and be a top athlete again?