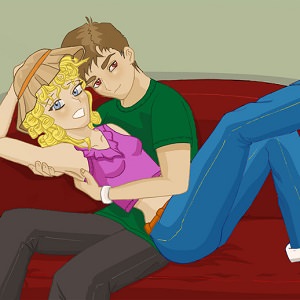 [Blind Gossip] This athlete and singer have produced a whole gaggle of good-looking kids. One of them seems to have already mastered the art of spinning stories to maximize his own publicity.

The teen son was dating a local girl for the past year or so. Nice girl, but not a celebrity. He would tell her that since he is planning a career in show business, he frequently had to get photographed with young female celebrities – and that the press would make up stories about the girls – but that she shouldn’t worry about it, because it was all just for PR.

Well, she was had! When he saw how much publicity he could get from being photographed with a certain pretty, young film actress, he dumped the non-celeb (right during prom season) and happily confirmed his new relationship on social media.

He told a friend:

I will NEVER go back to dating a [non-celebrity]. They just don’t get the kind of pressure I’m under.

Sounds like we can look forward to years of this scion working his way through the pool of young female celebrities!

[Optional] Have you ever dated someone famous? What was it like? 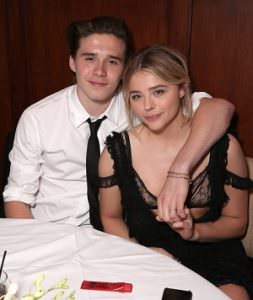 To make things even worse, he dumped her right before prom! Boo, Brooklyn!

To make things even worse than worse, he dumped her so that he could date actress Chloe Grace Moretz!

Well, that celebrity relationship has now run it’s course… and Brooklyn is back with regular girl Sonia. They were out in Paris recently, being chaperoned by Posh Spice and a bodyguard.

From The Mirror UK: 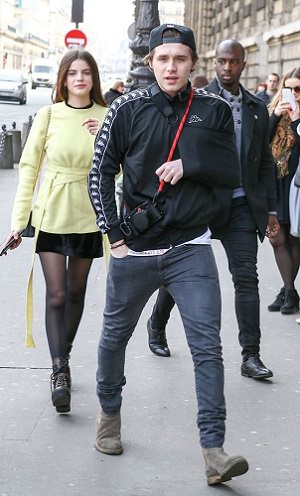 It sounds like a girl’s dream – old flame Brooklyn Beckham arrives in Paris and arranges to meet up after splitting with a Hollywood actress.

But 18-year-old model Sonia Ben Ammar may have had second thoughts about the French ­connection yesterday when she saw it also involved Brooklyn’s mum, The Sunday People can reveal.

Victoria , 41, kept a close eye – and camera – on her trendy son as he hooked up with Sonia for a ­sight-seeing trip in the city of love.

Despite still having his left arm in a sling after breaking his collarbone while snowboarding in Canada last month, 18-year-old Brooklyn ­managed to give Sonia a good ­cuddle with his other arm. 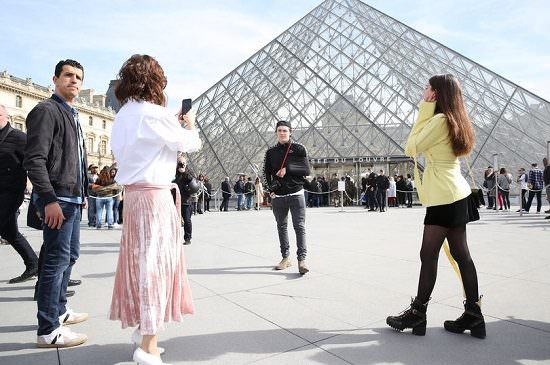 Let’s hope that Brooklyn is done breaking collarbones and breaking hearts and is nicer to poor Sonia this time around!

Congratulations to Nosykins for being first with the correct response!