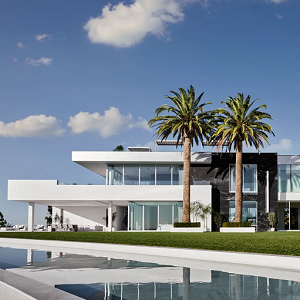 Throughout the past year, they have whined about how hard it is stay safe and keep healthy.

You should feel sorry for them.

They live in a huge mansion in a warm-weather state… have hundreds of millions in the bank… and an unlimited supply of personal trainers, cooks, housekeepers, and vacations.

Their lives are very stressful!

Yes, you may roll your eyes.

While our couple is very prolific on social media, we happen to know about something they did recently that neither one will be posting on Instagram!

Want to know what it is?

They recently had a visitor.

They had someone high up in the [state] vaccine program personally come to their mansion  and vaccinate them. This happened about five weeks ago. It makes me so mad since my elderly relative in the same area has had such a hard time getting it.

In their state – as in most states – supplies are limited, and even the eligible residents are having a hard time getting an appointment.

Neither of our celebrities meets any of the eligibility requirements.

They are not elderly. Nor are they essential workers. Nor do they have any sort of medical condition that would warrant them jumping the line.

They just flexed their clout muscles and got what they wanted, personally delivered to them by an official of the state!

Someone should ask our celebrity couple directly if they have received the vaccine.

Of course, they will probably lie. They’re good at that.

He is a muscle head who has lied in the past about getting jabbed with needles. And she will go to bat for her future husband using some of those acting skills that she thinks will get her an Academy Award someday.

Yes, you may roll your eyes again.

Anyway, don’t be fooled by whatever lies they tell.

Just know that while your Grandma and Grandpa are still standing in the hot sun in a line winding around the block, hoping to get the jab that could save their lives, our celebrities will be lounging in their air-conditioned mansion, laughing and congratulating themselves on being oh so superior to you and your family.

[Optional] What do you think of them and what they did?