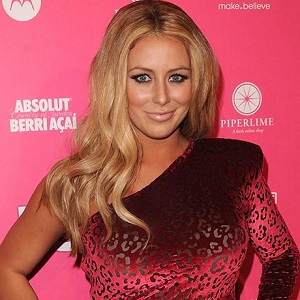 [Blind Gossip] Singer Aubrey O’Day is on the new season of MTV’s reality show, Ex On The Beach.

Aubry O’Day has dated many celebrities, including Evan Ross, Jessie McCartney, Donnie Wahlburg, Donald Trump Jr. (whom she met when she appeared on Celebrity Apprentice in 2011), and Pauly D (from Jersey Shore).

O’Day calls her relationship with Pauly D “toxic.” They broke up in 2017, and O’Day claims she remained celibate for over a year… until she started filming Ex On The Beach.

O’Day now says that she hooked up with one of her celebrity cast mates!

She says that she got some “new d*ck” during filming “and it was way bigger than Pauly’s!”

Who do you think it was?

[Optional] If you could appear on any one reality show, which one would it be?

Previous Post: « Star Athlete Tells Team He Is Gay And Ready To Come Out
Next Post: Stud Has Fallen Off The Wagon »