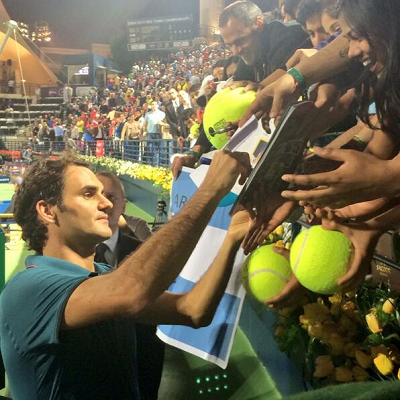 [Blind Gossip] This star athlete is part of an American professional sports team.

It’s a matter of personal opinion whether he is likable or not.

Perhaps you like him because he has led your favorite team to victory or because he can be quite affable when the cameras are on him.

Or perhaps you dislike him because you root for a rival team or because you think he has an oversized ego.

We’re going to tell you a story about something that happened within the past few years that may give you some insight as to what kind of person he really is.

His team was having a winning season and the championship was within their grasp. As he is the most famous member of his team, he was doing a lot of TV interviews in the run-up to the championship.

Now, if you are filming at a typical TV studio, it is usually easy to provide privacy and security for guests entering and exiting the facility.

If you do an interview at an off-site location, though, you have to be prepared for anything.

We did the interview at an off-site location and we kept the location a secret. However, during the live broadcast, fans figured out where we were and started gathering outside.

The interview itself went well. Athlete seemed like he was in a good mood and upbeat about the team’s prospects.

By the time the interview ended, though, there was a concern over the growing crowd outside.

We decided that the SUV that was waiting for him should be moved to a more secure location, so we directed the driver to move to a private gated area for pickup. Unfortunately, when the gate opened, about a dozen fans ran through the gate, too.

The crew had to decide what to do about the men and women who had run through the gate.

If we opened the gate again, we risked letting in even more fans, so we decided to just deal with the fans who had already run through the gate.

We recruited some of the crew to escort [Athlete] to the SUV. We basically formed a bubble around him to protect him as he walked to the vehicle.

As the bubble exited the building with Our Athlete in the middle, the excited fans surged forward and tried to get Athlete’s attention.

They were calling out his name and yelling, “Can I get an autograph?” and “Can I get a picture?” “Will you sign my program?” Normal fan stuff.

Did Our Athlete get into the car and leave?

Did he give out autographs?

Did he pose for photos with the fans?

What did he do?

He started yelling at the fans!

He stopped and started yelling at them.

“F*ck you! I’m not going to autograph anything for you. All you are going to do is sell it!” “F*ck you, you are not going to make any money off of me!” “F*ck you losers! Go get a real job!”

The bubble group could not believe that Athlete managed to pack in so many insults and expletives during the short walk to the car.

We were shocked. We couldn’t believe he was talking sh*t to the fans like that. The fans were shocked, too.

One guy looked especially upset and said that he was just a fan and he wasn’t going to sell his autograph.

[Athlete] said, “You’re not a fan! You’re a f*cking loser for following me around!”

What a super attitude! How long did this go on?

Less than a minute. His management team was not happy and told us, “Get him in the car!” so we were trying to push him towards the car. But he just kept insulting people and going off on them. It was like he couldn’t help himself.

We finally got him into the car and they drove off. He’s lucky that there were only a few fans there and nobody seemed to be shooting video. Everybody on the crew saw his crazy rant, though, so there were plenty of witnesses to his behavior. We now know what an assh*le he really is.

We’re not sure why Athlete was so hostile, but if you ever have the chance to hang out with him… you might want to pass!

Not Roger Federer or any other professional tennis player.

[Optional] What do you think of him? Always use real names and keep your comments civil.