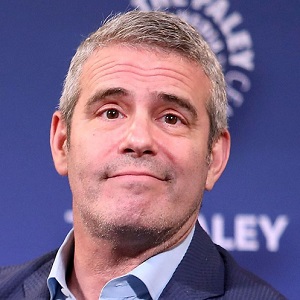 [AOL] Not everyone is welcome on the late-night talk show, Watch What Happens Live with Andy Cohen.

Cohen recently sat down with AOL Lifestyle and spilled that he has a whole list of people he’s blacklisted from his show.

Of course, that could mean a lot of things, perhaps a guest is too boring or too overbearing. But Cohen clarified that it’s usually because the celebrity has too many demands.

“Like you can’t talk about this and you can’t ask about that. Or there are a couple people who have been on the show that we deem too annoying to come back,” he said.

In the past, Cohen revealed to E! News that one of his worst guests on the show was Amber Rose, because she wouldn’t answer any of his “shady questions.”

“She turned to me, she goes, ‘Am I a horrible guest?’ I go, ‘You are in the running for one of the worst guests we’ve ever had.'”

After asking if any of those deemed “too annoying” happened to be Bravolebrities, like a Real Housewife or server from “Vanderpump Rules,” Cohen said no.

BG Question: Other than the celebrities named above, who else has Andy Cohen blacklisted for being too annoying, boring, or demanding?

[Optional] Who are the three most annoying celebrities you can think of?